Choose FEEA for the CFC

As the Combined Federal Campaign season is once again upon us, I wanted to take this opportunity to remind you that FEEA – the Federal Employee Education & Assistance Fund – CFC #11185 is the official charity of NFFE. In addition to managing NFFE’s annual Rick Brown scholarship, FEEA also runs its own annual scholarship contest for federal employees and their families. They provided special scholarships to children who lost a parent in the 1995 Oklahoma City bombing, at the Pentagon on 9/11, or in overseas terrorist attacks. They also provide emergency loans and grants to civilian federal employees across government when natural disasters or other temporary financial difficulties strike. Many of NFFE’s members have received financial assistance from FEEA in their time of need.

Emergency loans were never more important than during last year’s furloughs. Nearly 700 feds from 41 states, the District of Columbia, and Puerto Rico received over $400,000 in no-interest loans from FEEA to help make up pay lost during multiple furlough days. Demand was so high that FEEA spent almost its entire annual budget in just four months and had to severely cut back new loans for the first time ever. Fundraising was slow with so many feds affected by furloughs and worried about the budget impasse.

Then, the shutdown happened right in the middle of CFC season. By the time everyone was back to work and getting a paycheck again, many were not feeling able to commit to giving in the year ahead and FEEA’s pledges were down significantly. They are still trying to make up the shortfall for this year and are counting on a much better CFC season now to help fund programs in 2015.

NFFE is one of the founding organizations that formed FEEA. I am proud to serve as the vice chair on FEEA’s Board of Directors. NFFE supports FEEA in a variety of ways and I personally contribute as well. I hope you will choose to pledge to FEEA #11185 in this year’s CFC.

FEEA’s continued high level of support for feds and their families is only possible with your help. FEEA uses donations to CFC #11185 to fund its programs, providing emergency help and scholarships to civilian feds across the country and around the world. Learn more at http://www.feea.org/ and make your pledge to FEEA CFC #11185 today. 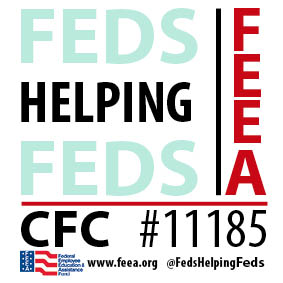