As NFFE reported last month, federal employees were beginning to see the devastating effects of sequestration cuts on the agencies where they work. The dangerous trend continued in a big way last month, as the federal government lost another 14,000 jobs in May alone, according to the monthly employment report from the Bureau of Labor Statistics (BLS).

The BLS report paints two very different pictures of the U.S. job market; on one side, the private sector is gaining between 150,000-200,000 jobs per month. This is proof positive of a slow but steady economic recovery that has been underway since 2009. On the other side, the federal government has shrank by thousands of jobs each month for eight months in a row. In other words, the government is in recession while the rest of the workforce is gradually moving onward and upward.

This two-track recovery is unusual, as growth in the private sector typically leads to growth in government revenues, and by extension, government services. Why, then are we seeing the federal sector shrink so rapidly?

You guessed it – Washington. Over the past several years politicians have placed draconian budget caps on all federal agencies in an effort to “control spending.” One such method was sequestration which, as you know, has indiscriminately taken tens of billions of dollars from key federal services, placed hundreds of thousands of feds on furlough, and diminished services to the taxpayer. The reality is that sequestration and budget caps were never necessary – they were purely political decisions. Sadly, federal workers are the ones paying the price.

“People are just floored by the treatment federal employees are getting from their elected leaders,” said NFFE National President William R. Dougan. “Between the furloughs, pay cuts, retirement cuts, and increased workloads, federal employees have learned to expect nothing short of the worst from Washington. This is no way to run a government. Federal workers deserve better.”

The silver lining in this message is that political decisions can be replaced by other, more favorable, political decisions if the people will it. If we can gather enough momentum to end the overbearing cuts to federal budgets, we can set the federal workforce on its own path to recovery. Our mission is simply too important to go down without a fight.

Call your members of Congress (on your own time, using your own phone, as a constituent) at (202) 224-3121 and tell them sequestration needs to stop! 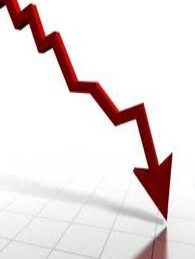