Thousands of letters poured into Capitol Hill this month from federal workers across all 50 states as NFFE-IAM members and others demanded Congress deliver a solution to reckless Defense furloughs. Now it appears that at least one member of Congress took it to heart.

Last week Rep. John Barrow (D-GA) introduced a measure to cancel all 11 scheduled furlough days, requiring DoD to look elsewhere in their budget for savings. Answering the key demand of the Furlough Red Zone campaign, Barrow’s measure grants Defense the flexibility to move funds between accounts in order to spare employees from unpaid furloughs. The result would be a far more strategic spending reduction, allowing the Department to focus on cutting waste rather than dismissing critical staff.

“Introduction of a bill to end Defense furloughs is an important step, now we’ve got to go out and build support for this legislation,” said NFFE Legislative Director Randy Erwin. “We urge all federal workers to contact their Representatives in Congress to voice their support for Congressman Barrow’s bill (HR 2613) to end furloughs at DoD.”

With furloughs already underway for more than 650,000 Defense employees, the timing of this measure could not be more critical. Ten furloughs days remain, meaning that thousands of dollars are on the line for the average Defense worker. We must act to stop them for good.

Your efforts have already lead to this bill’s introduction, but now we need to finish the job. Contact your member of Congress using the U.S. Capitol Switchboard (on your own time, using your own phone, as a constituent) at (202) 224-3121 and tell them to support HR 2613, the Barrow bill to stop Defense furloughs! 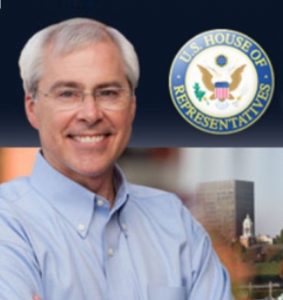