With precious little time left before the government’s current funding measure expires, the House Appropriations Committee this week released a draft continuing resolution to relieve the fiscal pressure. The resolution would extend a $968 billion funding bridge to underpin government operations through December 15th.

According to a draft released late Tuesday, the measure would hold spending for the vast majority of agencies at current levels, with some exceptions. Though the short-term nature and inadequate funding levels are a serious concern to federal workers, there is silver lining; agencies would maintain the flexibility to prevent furloughs over this period.

Despite the obvious benefits of keeping the government open for business and preventing furloughs, this measure is woefully inadequate. Federal employees and the agencies they work for have been chronically underfunded by short-term, sporadic measures like this one for years now. Such half-measures provide no long-term, reliable plan for servicing the American public. If passed into law, this measure would do nothing but delay the inevitable conversation that Congress has avoided again and again: should the government continue to provide critical services to the American people, or not.

“Federal employees make this country work,” said NFFE National President William R. Dougan. “Budget cuts and shutdown threats do nothing but undermine the great work these patriotic Americans do for our nation every day. There is nothing political about caring for a wounded veteran, keeping our drinking water safe, or protecting our border. Congress needs to quit the political posturing and help us do what we do best: make America great.” 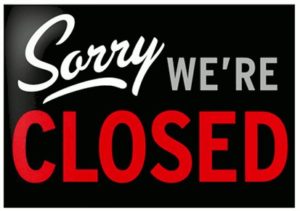