On August 24, 2013 the civil rights, labor, and religious communities will come together in Washington, D.C. for the 50th anniversary of the 1963 March on Washington. The original march, organized by Bayard Rusin and A. Philip Randolph, provided the setting for Martin Luther King, Jr.’s “I have a Dream” speech and helped create the momentum for passage of the 1964 Civil Rights Act and the 1965 Voting Rights Act. A. Philip Randolph was the president of the Brotherhood of Sleeping Car Porters, which today is part of our own Transportation Communications Union (TCU/IAM).

I am writing to urge IAM Locals and Districts to join with IAM leaders on August 24th to honor the legacy and spirit of the 1963 march and send a strong message for those who today are trying to roll back the gains that so many fought and died for. The recent Supreme Court decisions to dissolve key parts of the Voting Rights Act and attempts by numerous states to suppress voting rights shows that the struggle for political and economic equality is as fierce today as it was 50 years ago.

In addition to the March and rally at the Lincoln Memorial on August 24, the week of August 22-28 will feature numerous activities by a coalition of labor, civil rights, and religious affiliates, including the King Center, National Action Network, NAACP, Southern Christian Leadership Council, National Urban League, and the A. Philip Randolph Institute (APRI).

Hotel accommodations in downtown Washington D.C. for the August 24th march will be scarce; however, less expensive alternatives are available in nearby towns with public transit access to Washington, D.C. A limited number of bus parking spaces have been reserved for August 24th on a first come, first served basis. Local and District Lodges are urged to contact the designated march coordinator in each IAM Territorial office for more information about this historic event.

An agenda and additional information about the March and related activities will be posted on www.goiam.org as it becomes finalized and available. 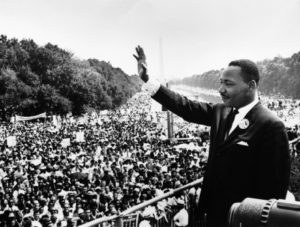