Last week, a team of representatives from the NFFE National Office traveled to Texarkana, TX and conducted an organizing drive alongside NFFE Local 2189 members at the Red River Army Depot. Over the course of a very busy four days, the team worked with Local officers and stewards, talking to prospective members throughout the facility.

Employees at the 18,000-acre facility in northeast Texas overhaul and remanufacture combat systems and tactical vehicles returning from combat zones across the world. They work hard every day to protect the men and women serving in our armed forces.

The recent organizing drive at Local 2189 was a result of the Local’s selection as one of NFFE’s three main organizing targets for 2010. The Local was chosen by the National Organizing Steering Committee based on the Local’s membership and bargaining unit size, the geographical concentration of the membership, and the Local’s participation in NFFE’s Organizing Strategic Plan.

The team that was sent to Red River, which included Organizing Director Cassie Kerner, Business Representatives John Griffin, Gary Johanson and David Stamey, National Vice President Tim Ostrowski, and National Office Manager Brittany Paull, brought a variety of experience types to the drive. By having organizers on hand who understand DoD installations, for example, or who could explain what NFFE is doing for members at the National level, the organizing team was able to address a wide variety of concerns.

In the evenings, Ostrowski presented one-hour training sessions on DoD’s job application system, Resumix. This is a practice that is utilized at Ostrowski’s home Local (NFFE Local 2109 at Watervliet Arsenal), and it was extremely well-received at Local 2189 as well.

Local officers and members played an integral role in the recruiting drive as well. They walked the shop floors with NFFE’s National representatives, talking to potential members. Existing members also helped spread the word about the union and educated their co-workers about the resume training. It was this collaboration between National and Local representatives that made last week’s organizing activities so effective.

Thanks to everyone’s efforts, the membership at Local 2189 increased by 12% during the organizing drive. As word continues to spread about the Local’s efforts and successes, membership will likely grow even higher.

“I’m very grateful to everyone who participated in the organizing drive at Red River, both from the National and Local levels,” said Kerner. “There is no doubt that putting boots on the ground, and getting out and interacting with people, is the best way to organize. Our recent results reinforce that. We had a great week, but we couldn’t have done it without the hard work and cooperation of many devoted union brothers and sisters.” 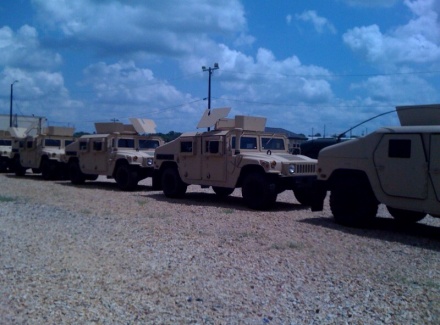