Featuring a reprisal of the many accomplishments made before, during, and after the 2012 IAM Legislative Conference, the second quarter edition chronicles how feds are fighting back against attacks on pay, benefits, and jobs. Here is what’s inside: 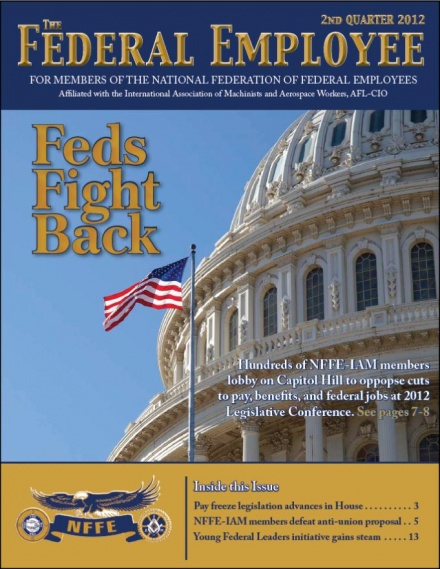