Last week in Washington, Rep. Matt Cartwright (D-PA) introduced a bill, the Locality Pay Area Equity Act(H.R. 2450), to address an unfairness in pay for many blue collar federal employees throughout the U.S.

For years, blue collar federal employees in certain parts of the country have been forced to accept disparate treatment in terms of pay. The unfairness occurs in places where General Schedule (GS) employees in a given location are part of a higher-paid locality area, when the blue collar employees in the same location are in a lower-paid Wage Grade (WG) wage area.

This occurs because the maps for the GS system and the WG system do not align. White-collar locality boundaries are drawn to encompass metropolitan labor markets, which are based on census data and commuting rates. Meanwhile, blue collar locality boundaries are drawn largely according to the placement of military installations in the 1950s, a relic of the by-gone Cold War era.

In some cases, blue collar employees in a given location would be making several dollars more per hour if the wage area boundaries were redrawn to align with the GS locality area map. For example, at the Tobyhanna Army Depot in eastern Pennsylvania, white collar workers are included in the New York locality pay area while WG employee are included in the Scranton, PA wage area. This leaves WG employees at a 25% pay disadvantage to their white collar counterparts despite working in the same buildings.

Rep. Cartwright’s legislation would address this unfairness by mandating that there not be more than one WG wage area within a particular GS locality. This would essentially consolidate the various blue collar wage areas that exist in the footprint of a bigger GS locality area into a single blue collar wage area.  WG wage areas in locations that align with the catch-all “Rest of U.S.” in the GS system would not be consolidated and would be largely unaffected by the legislation.

“The bottom line is blue collar federal employees in areas around major cities are being treated unfairly,” said NFFE Legislative Director Randy Erwin. “They are being forced to accept lower rates of pay for no other reason except the work they do happens to be classified as ‘blue collar’ and the federal wage system hasn’t been updated in 60 years. This is not fair, and it needs to be corrected by this Congress.” 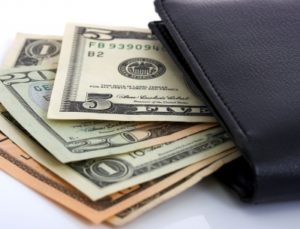