The letter urges Lawmakers to support the Federal Adjustments of Income Rates (FAIR) Act, H.R. 4585, and comes after the Senate approved the FY2017 government appropriations bill, providing federal employees the 1.6 percent pay raise proposed by President Obama. This paltry 1.6 percent, which continues to lag behind basic rates of inflation and cost of living expenses, comes on the heels of six years of pay freezes, pitiful pay adjustments, and cuts to earned retirement benefits. On its current trajectory, federal employees will have sacrificed $182 billion in compensation over 10 years.

During his final year in office, President George W. Bush’s administration certified that the pay discrepancy between federal employees and private sector workers performing the same jobs was 23 percent. During the Obama administration, that pay gap has ballooned to 35 percent. Federal employees are losing buying each year they remain employed in the federal civil service. Congress must take action to reverse this alarming trend. If the federal government is to recruit and retain the best and brightest, it needs to take a serious look at compensation levels for federal employees. Congress must past Congressman Connolly’s FAIR Act, and they must continue to advance ideas that will greatly reduce the growing financial burden being placed on federal employees each year.

“The verdict is in: NFFE-IAM members have strongly expressed their desire to pass Congressman Connolly’s FAIR Act,” said NFFE National President William R. Dougan. “The woefully inadequate pay adjustment proposed by President Obama is an insult to America’s federal civil servants. NFFE will continue to fight tooth and nail alongside Congressman Connolly, the Federal-Postal Coalition and our many allies in Labor and on Capitol Hill to see that federal employees receive the significant pay adjustment they deserve.” 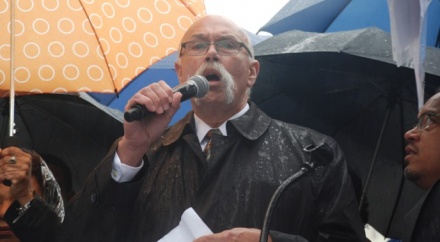