U.S. Forest Service (USFS) employees and Union representatives have a new tool in their toolbox to fight workplace harassment and bullying. The NFFE Forest Service Council has been working for years to get the Forest Service to implement anti-bullying policies or committing to an environment that fosters respect for individual values and appropriate conduct among all employees throughout the Agency. And finally, the most recent round of contract negotiations have brought about these long sought-after changes. The soon-to-be-implemented Forest Service Master Agreement will include a definition of workplace bullying, a prohibition of such behavior, and requirements that agency management investigate allegations.

But in an ironic turn, the Forest Service, who for years strongly resisted these anti-bullying policies, is beginning to roll out the new language ahead of the Forest Service Master Agreement’s implementation. Further, the language is being applied to all USFS employees, both NFFE-represented and those unrepresented.

The Forest Service is one of the first agencies to issue policy that prohibits bullying, and clearly defines it in a more than physical, school-yard, bully sense. Previous policies mention bullying in the context of workplace violence, but rarely address the more subtle, psychological bullying that characterizes workplace bullying.

Many workers believe that they are protected from harassment by agency policy statements supporting the rights of all its employees to work in an environment that is free from all forms of harassment. But a careful read of the language in these policies leads to the following understanding: You are only protected if you are harassed based on an EEO basis (race, color, religion, national origin, age (40 and over), sex, sexual orientation, disability, gender identity, political beliefs, marital, familial or parental status, genetic information, or reprisal for EEO activity), and the solution is to file an EEO complaint.

But what happens if the harassment is not based on an EEO basis?

What if a worker is facing a hostile work environment, not because of any of the EEO bases, but just because the supervisor doesn’t like the way they dress?

What if a coworker treats everyone equally badly?

Union representatives have long had the unhappy task of telling employees in these situations that they likely had no recourse, since their complaint did not give them standing to file an EEO complaint and most employers have no policy about workplace bullying. But with this new anti-bullying contract language, we can stamp out previously acceptable workplace bullying. 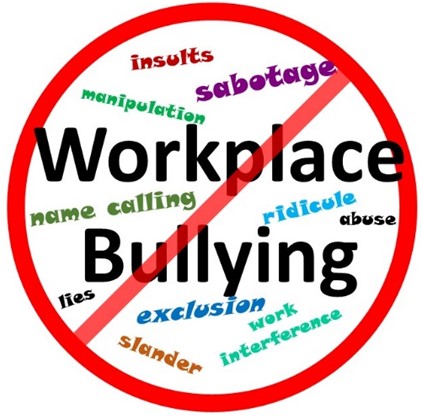