Yesterday, the Office of Personnel Management (OPM) confirmed a proposal creating 13 new locality pay areas for federal employees – an effort spearheaded by NFFE and our allies for more than a decade.

The new localities, estimated to effect 102,000 part- and full-time GS employees – including NFFE-IAM members at Local 2109 in Watervilet, NY – have been in motion since its tentative agreement in 2013. NFFE, as a member of the Federal Salary Council, was involved in achieving this crucial pay raise for federal employees every step of the way. The 13 newly-approved regions will now receive a unique locality-based pay adjustment, rather than being placed in the “rest of the United States” category.

The President’s Pay Agent “tentatively” approved the Federal Salary Council’s recommendations in 2013, but did not make a “final decision on what the timing should be for this possible change.” NFFE said at that time, and many times since, that BLS data showed pay in the 13 cities lagged significantly behind that of the private sector and local governments.

While it is not precisely clear what counties and pay adjustments will be included in the new locality pay areas, but the new guidelines will be determined using data from the Bureau of Labor Statistics, Metropolitan Statistical Areas, Combined Statistical Areas, and Census data on commuting patterns.

“This is a huge win for NFFE-IAM members and federal employees in these localities,” said NFFE National President William R. Dougan. “The Union has been fighting for these changes for many years, and now it is finally going to happen. This is absolutely going to raise the standard of living for federal workers in these areas. This is simply a great victory.” 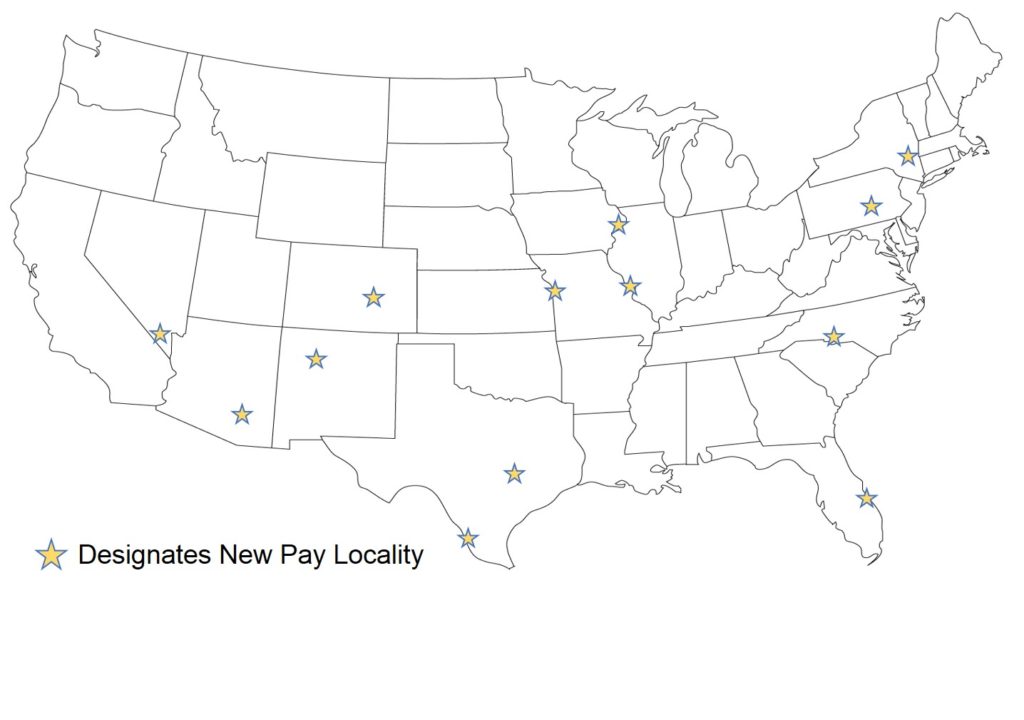