With the announcement and official call released for NFFE’s 50th National Convention, to be held this September in beautiful Lake Buena Vista, Florida, it is never too soon for Locals to begin preparing to attend the convention. One of the most important aspects of the NFFE National Convention is the gathering of delegates from around the country to chart out the direction of the Union, in addition to electing our national officers, make changes to the union’s bylaws, and participate in discussions with some of the leading voices in labor and government. But before delegates can be assembled this September, Locals must undergo elections to select their delegates to convention.

Each Local should first determine, via a vote at a regular meeting, prior to June 2016, how many people it intends to fund and send to the convention.

The NFFE Convention includes the election of officers, so it is legally-mandated that the delegates to the Convention be nominated and, in the event of a contested election, elected by secret ballot by the members of the Local. Under the NFFE FD-1 Bylaws, the delegate(s) that will carry the Local’s delegate votes may be elected in one of two ways. These methods must still be used even if the Local votes to have a delegate from a different Local carry the Local’s delegate votes.
Method #1: If the Local’s Bylaws has a specific provision for how delegates are elected, the Local should follow that procedure. However, the election of the delegate(s) under the Bylaws must be subject to nomination and election process (such as an election of Local officers) that involved a secret ballot, and the last election must have been held with in the 3 years prior to the Convention. If the election of the individuals who would serve as delegates were not elected through a nomination and election process within 3 years of September 26, 2016, your Local should follow Method #2.
Method #2: If the Local’s Bylaws do not contain a specific provision for how convention delegates are elected, the Local shall follow the procedure found in Article III, Section 3.2. g. of the NFFE FD-1 Bylaws.
For a helpful delegate selection guide, click here.
Preparation for the NFFE 50th National Convention can seem overwhelming, but NFFE National has prepared numerous resources to guide Local and Council officers through the proper steps on the way to convention. Visit the 2016 Convention page on NFFE’s website for all of your 50th Convention needs. Any outstanding questions may be directed to the appropriate regional Business Representative. 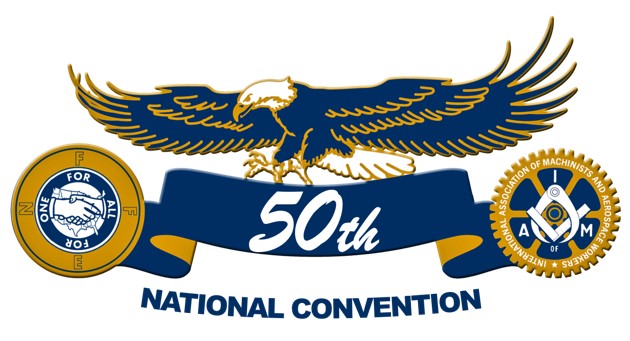