What the Fiscal Cliff Deal Means for Federal Employees

What the Fiscal Cliff Deal Means for Federal Employees

As many of us were ringing in the New Year with family and friends, Washington was the site of feverish activity surrounding the so-called ‘fiscal cliff.’ In the wee hours of New Year’s Day, the Senate passed a compromise agreement, which was passed by the House later that evening.

With the dust cleared and the 112th Congress coming to an end, it is important that every federal employee understand what happened (and what didn’t) in this deal. Here’s your comprehensive guide to the fiscal cliff deal.

What is the Fiscal Cliff?

The fiscal cliff is best explained as a series of legislative deadlines imposed on itself by Congress through years of neglecting important tax and spending issues. The most important elements of the fiscal cliff were deadlines for dealing with the expiration Bush tax cuts, sequestration cuts, the Alternative Minimum Tax, extension of unemployment benefits, expiration of the payroll tax cut, and payments for doctors accepting Medicare.

What was Congress’ Solution to the Fiscal Cliff?

There were many issues resolved by the deal, and many left untouched. For this section, we will focus only on the major provisions relating to the federal workforce.

The payroll tax cut, a temporary measure reducing Americans’ payments into Social Security, was allowed to expire. This means that most Americans will resume paying their full 6.2% from each paycheck toward the national retirement program (unless you are CSRS, in which event you do not pay into social security).

Sequestration, the more than $1 trillion in automatic cuts set to hit the federal government Jan. 2, 2013, was delayed for two months. Unspecified cuts to government spending are cited in the fiscal cliff agreement as an offset for the delay. The new deadline for sequestration cuts to hit government – to the tune of more than $100 billion in 2013 – is now set for early March. That is, unless Congress can reach a deal to avoid them.

How Does the Deal Impact Federal Employees?

In National President Dougan’s statement after the deal’s passage, he minced no words about the agreement – it is “a bad deal for federal employees.” The two major issues looming over federal employees this year – sequestration cuts and the federal borrowing limit – were delayed or ignored. In doing so, Congress missed a perfect opportunity to address two of the biggest federal workforce debacles in a generation.

How do these issues impact you? Let’s take them one at a time:

Sequestration will reduce agency funding by over $1 trillion over the next decade, opening a gash in already-strained agency budgets. This over-the-top belt-tightening will force agencies to take drastic actions to stay on budget, meaning furloughs, RIF’s, hiring freezes, and others dire consequences could be on the horizon. In December, OPM issued guidance on administrative furloughs in preparation for sequestration cuts which were set to kick in on Jan. 2nd.

Now, with the two-month delay anticipated to be enacted under the fiscal cliff deal, Congress will have a small window of time to find over $1 trillion in deficit reduction to offset the mandatory sequestration cuts.

Failure to address the debt-ceiling, our second issue, could lead to another calamitous debate like the one we experienced in 2011. Whereas Congress had a golden opportunity to deal with this as part of the fiscal cliff compromise, they decided to kick the can down the road once again. With the federal borrowing limit having been reached on January 2nd, Congress will have until February 28th to increase the borrowing limit. Based on what we’ve seen from Congress the past two years, count on any agreement to be delayed to the last minute.

Were Congress not to approve the essential increase in the nation’s borrowing limit, the government would be forced to operate on the amount of money it takes in through taxes, which represents roughly 60% of expenditures. This means that Congress would have to prioritize its spending to pay past-due bills it already incurred with less than 2/3rd’s of the necessary funding. In brief, this means federal employees across government could see furloughs, particularly at agencies where the workforce constitutes a large portion of the budget.

Believe it or not, when enough Americans speak out against something, Washington listens. Following the Federal Employee Day of Action last month, where thousands of federal employees called, wrote, and visited their members of Congress, harmful provisions targeting pay and retirement were excluded from the final fiscal cliff deal. Though the deal is far from perfect, as we’ve discussed, it could have been far worse had you not spoken up.

The same principle must be put into practice on sequestration and the debt ceiling. As an American citizen, you have the right, and indeed the obligation to speak up for your interests. Federal employees have already sacrificed $103 billion in pay and retirement cuts to reduce the debt; you have already been brought to the edge of a calamitous shutdown twice, and we cannot tolerate a third. The partisan games need to stop.

Call your member of Congress using the U.S. Capitol Switchboard at (202) 224-3121, and tell them to protect our nation’s federal workforce. 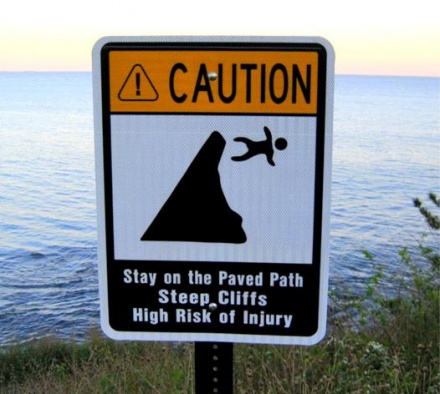