Robert, 28 years old, had just been hired as a federal firefighter. During orientation, he learned that firefighters were in a special retirement system (called “6c” after the US Code subsection under which it is authorized). Employees covered under 6c include firefighters and law enforcement officers (LEOs) who, because of the arduous nature of their jobs, pay an extra 0.5% of their salary towards retirement and are eligible to retire with full benefits at age 50 with 20 years of service.

Many years later, at age 44 with 16 years of service, Robert was seriously injured. His injuries left him physically unable to perform his duties as a firefighter. Upon his recovery and return to work, he was placed in a job doing public affairs work. When he asks about how this might affect his retirement, he is told that the position isn’t covered by 6(c), so he will need to work 30 years, instead of 20. Furthermore, the extra money Robert has paid for the 6c benefits is forfeited: he’s been robbed!
* * *
“This is the reality faced by federal firefighters and law enforcement officers, who put their lives and health on the line year after year for our nation,” says NFFE Forest Service Council (FSC) Secretary-Treasurer Melissa Baumann. “The government promised them a safety net, and that promise has been broken over and over.”
Ironically, firefighters or LEOs who elect to leave Federal Service on OPM Disability retirement receive the enhanced annuity promised to them, while those employees who continue their Federal service are penalized for the decision to remain in Federal service.
Congress enacted 5 U.S. Code (U.S.C.) 8336.6(c) retirement benefits due to the hazardous nature of the occupation but no provisions were made should these employees be injured and unable to return to a hazardous duty position. In May, NFFE FSC representatives were on Capitol Hill asking Congress for equity for firefighters or LEOs who become disabled while protecting and serving America: to redeem the commitment made to these employees by maintaining their enhanced 6(c) retirement.
Sharing this information with Congress brought bipartisan outrage and condemnation. Language for legislation is currently being crafted, so individuals injured in the line of duty do not lose the 6(c) retirement benefits promised to them by the United States government when they accepted their hazardous duty positions.
The NFFE FSC hopes this will lead to yet another victory in the FSC’s long and successful legislative history, from battling the competitive sourcing initiatives of the early 2000s to the recent passage of the Land Management Workforce Flexibility Act. 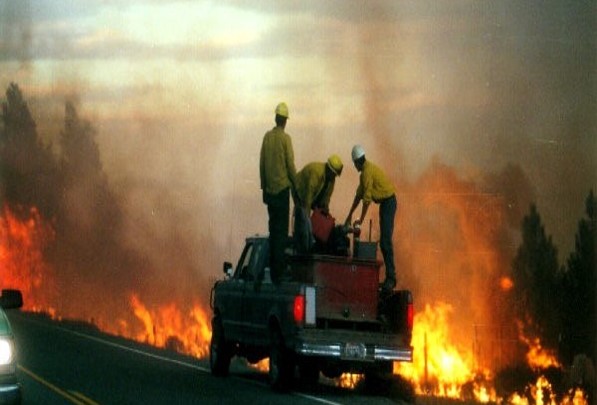