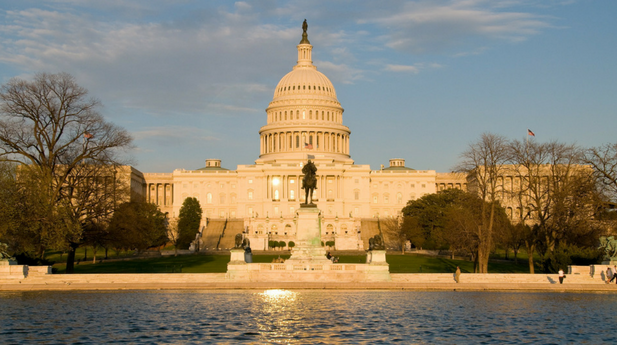 On March 23, President Trump signed the FY 2018 Omnibus spending bill into law, funding the remainder of FY 2018 until the end of the fiscal year on September 30.  Narrowly avoiding a shutdown, the president signed the bill stating that he would not sign a bill of this nature again.

However, NFFE and its coalition partners secured a huge victory for federal employees by keeping extreme cuts to pay and benefits out of the bill, and NFFE fought off several attempts to roll back workforce protections.  Also signed into law was a 1.9% pay increase for civilian employees.

The 2018 Omnibus bill, for the most part, fully funds agencies and programs after an agreement was reached to raise spending caps by $63 billion for FY 2018.  While raising the caps prevented sequestration, there was immense pressure on Capitol Hill to offset a growing deficit exacerbated by the cost of the $1.5 trillion tax bill passed this year.

NFFE worked hard on Capitol Hill to keep the Congress from using employee pay and benefits as offsets, noting that federal employees have already given more than $182 billion in offsets since 2011.  On the table and included in the House FY 2018 Budget Resolution and/or the FY 2018 Trump budget request, was:

The FY 2019 budget and appropriations season is getting underway, and it will involve an intensified fight to keep federal employees safe.  For FY 2019, the president doubled the number of cuts to pay and benefits to $300 billion over the next 10 years.  It proposes to dismantle much of the financial and employment security that federal employees fought for over the past 100 years.

Some of the most egregious points in the FY 2019 budget proposal include: a pay freeze for 2019, an increase in employee pension contributions as much as 5.4% of salary without a pension increase, a cut in pension earnings by replacing the ‘high-3’ calculation with the ‘high-5’, a study that could elimination of the FERS defined benefit (pension) for new hires, a lower G-Fund return in the TSP, elimination of COLA for active and retired employees, doubling the time to receive a STEP increase, combining sick and vacation time and reducing both, pay for performance, a challenge to federal unions authority to represent its members, refocused effort to eliminate meaningful workplace protections, and eliminate the Social Security supplement.