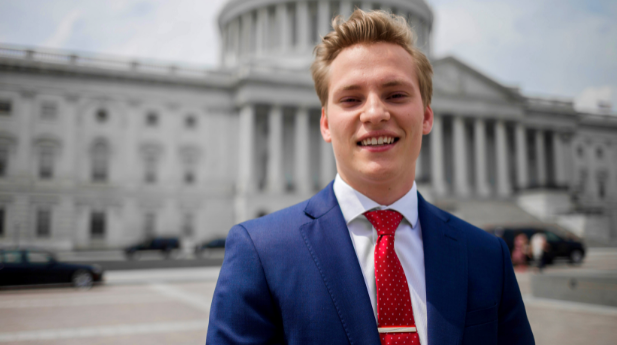 The National Federation of Federal Employees (NFFE) is proud to announce that Matthew Dorsey has been named National Communications Director. This marks Dorsey’s third role with NFFE, where he first started as an intern in 2017. He brings a wealth of professional federal sector communications knowledge and ability to the position.

In March, NFFE announced the National Communications Director vacancy, and accepted applications for more than one month. Over the course of April and May, multiple candidates interviewed for the position. In early June, Matt was offered the National Communications Director position, which he accepted. He began his assignment with NFFE on June 21, 2021.

Dorsey earned a bachelor’s degree from Marquette University where he studied History, Political Science, and Law & Society. During college, Matt participated in the Les Aspin Center for Government, which provided him the opportunity to intern with NFFE. Due to his excellent work in both the communications and legislative departments, he was hired to a temporary full-time position with NFFE at the completion of his internship. After returning to school and spending two years at an international law firm based in DC post-graduation, Matt felt compelled to return to the labor movement.

“I am thrilled to have Matt back with NFFE,” stated Randy Erwin, NFFE National President.  “His work with us in previous years was stellar, so we know what we can expect from him. Matt told me back in 2017 that he wanted to return to work for NFFE, and I am pleased it worked out that way. Matt has great ideas for where to take NFFE’s communications, and I am very excited to see what he will do help our union better advocate for our members, communicate, and grow.”

“I’m extremely excited to return to NFFE, especially while we have a significant opportunity to pass impactful legislation for our civil servants,” said Dorsey. “After previously working in the communications department at NFFE, I couldn’t be happier to fight for the labor movement once again in this role. I look forward to working with the press and our members to make sure their voices are heard. I am focused on bringing the needs of federal employees across the country to the forefront on Capitol Hill.”