Today Senator Jon Tester reintroduced the Land Management Workforce Flexibility Act (LMWFA), S. 1591, in the 114th Congress. This common-sense measure would give long-serving temporary seasonal employees in land management agencies, including thousands of wildland firefighters, the ability to compete for career advancement using the same procedures that are already available to other federal employees. It would also waive age requirements that currently prevent experienced temporary seasonal firefighters from competing for permanent positions for which they may be well qualified. Roughly 10,000 employees on temporary appointments at the Forest Service, Land Management Bureau, National Park Service, Fish and Wildlife Service, Indian Affairs Bureau and Reclamation Bureau would be affected.
This legislation has been a NFFE priority for over five years. Beginning with a Congressional hearing on the issue on June 30, 2010, NFFE has worked to build support for reform and worked with stakeholders to develop an approach with which everyone could agree. Senator Tester has been there every step of the way.  He first introduced the LMWFA in the 112th Congress on September 20, 2012 and introduced it in the 113th Congress as well. The new bill has benefited greatly from feedback from agencies and Congressional staffers too numerous to acknowledge here. It is tight, solid, and ready for passage.
The next step for the bill is passing through the Homeland Security and Governmental Affairs Committee.  Senator Johnson, Chairman of the HSGAC, has been very supportive of the House version of the LMWFA and is committed to working with Sen. Tester to resolve any differences between the two bills.

The biggest hurdle a bill faces is being passed by Committee. The House version of the LMWFA has strong bipartisan support. It has already been unanimously approved by the House Oversight and Government Reform Committee, clearing its way for passage by the full House. With bipartisan support emerging in the Senate as well, the chances for this long-overdue reform to be accomplished have never been better.

“Too many, including thousands of wildland firefighters, have been stuck for too long in dead-end jobs, not because of a lack of merit on their parts, but because of flawed regulations that do not recognize their years of service,” said Mark Davis, Vice President of the National Federation of Federal Employees (NFFE) and past President of the NFFE Forest Service Council, noting that many others leave and take their years of experience with them because of blocked career paths.  “This common-sense reform honors and credits their service by giving them the same shot at career advancement that other federal employees have.  We cannot thank Senator Tester enough for his tireless work on this good-government reform.  In addition, our deepest thanks go out to Senator Johnson for reaching across the aisle and using his leadership position to advance the bill.” 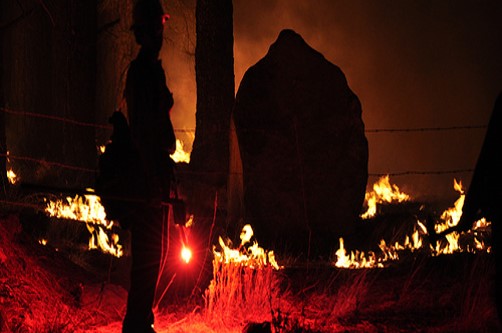 An estimated 10,000 temporary seasonal employees would benefit from the LMWFA