NFFE Leads the Fight for Feds at Rallies, on Capitol Hill, and in Media Across the World 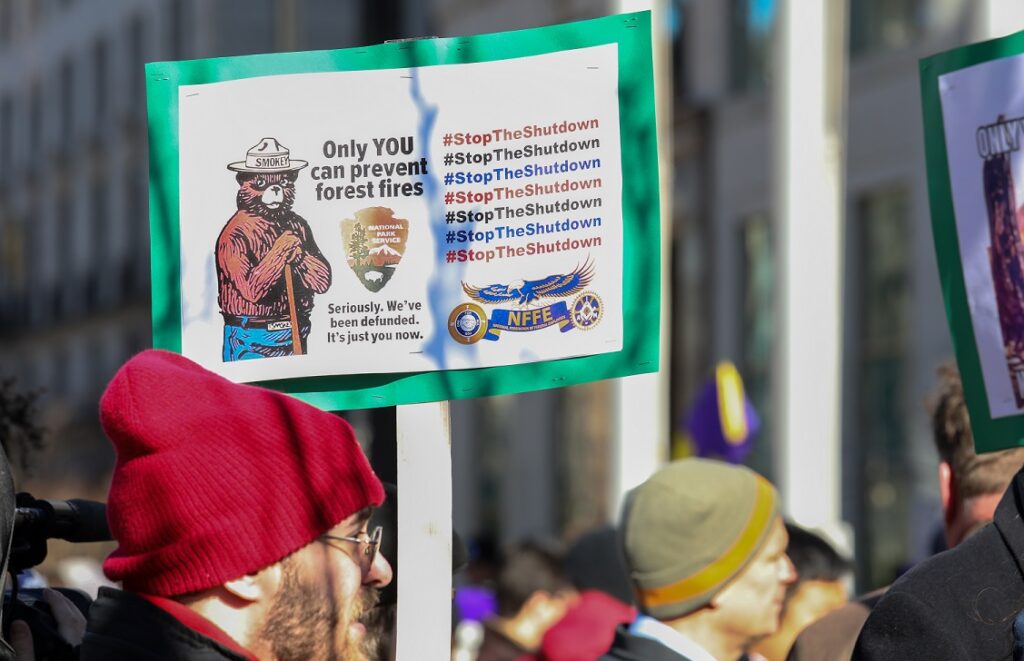 NFFE co-chaired and organized the largest rally of federal workers ever to appear at AFL-CIO headquarters and then led a march to the White House on Thursday, January 10, 2019. Over 30 unions, several non-labor organizations and supporters from the business community gathered to protest the shutdown set against a backdrop of furloughed workers telling their stories. More than 20 members of the U.S. House and Senate attended to speak and march alongside workers to the White House.  The event was a huge success with a massive media presence, and it helped to carry our message to the world with stories appearing as far away as the U.K., Sweden, Japan, and France.