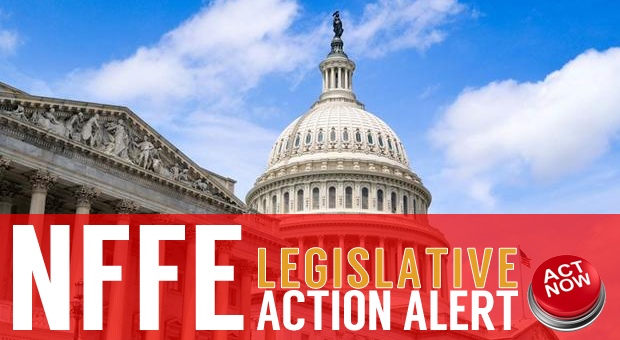 The House and Senate will vote on a joint budget resolution that could open the door to reduce earned pay and cuts to benefits for federal employees.

The House-passed version of the budget resolution contains an increase for retirement contributions by federal employees (which amounts to a pay cut), and it reduces or eliminates cost-of-living adjustments for retirees.  The House version also eliminates the annuity supplement for early retirees, many of whom are mandated to retire at an early age.

The Senate-passed version does not contain any of these cuts or reductions.  Instead, the Senate version focuses on tax policy in anticipation of upcoming “tax reform” legislation.

The final version of the joint budget resolution must be in identical form and agreed to by vote in the House and Senate.  The House may vote this week, so contact your senators and representative today!

CALL TO PROTECT YOUR RETIREMENT AND YOUR BENEFITS!

2.  Call your U.S. Representative both U.S. Senators to tell them: