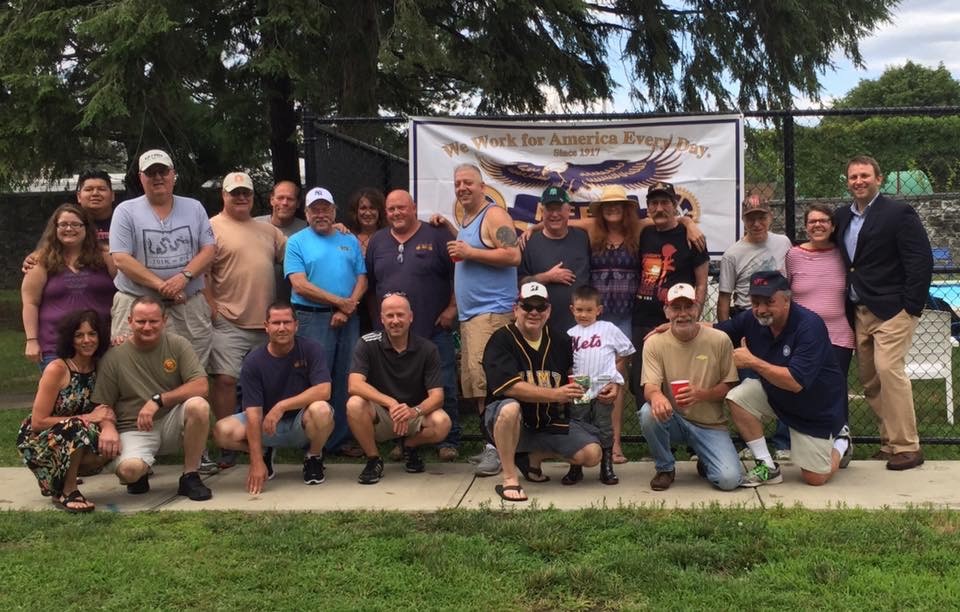 National and local leaders of National Federation of Federal Employees (NFFE) Local 2109 have been committed to building the membership at their workplace. Their commitment led to a successful year-long organizing drive in 2018 which resulted in the lodge – comprised of NFFE-IAM members who work as Army civilian professionals at the Watervliet Arsenal in Watervliet, NY – increasing their membership by more than 90 members.
The local employed numerous strategies to accomplish their organizing goal. Local representatives spent hours talking to bargaining unit employees, educating them on the many benefits of union membership. The local also hosted multiple mid-day “Lunch and Learn” events, where members and not-yet-members were invited to come, have lunch, and learn about how the union is protecting the rights of federal workers. During these events, employees were given the opportunity to hear from guest speakers such as: Jim Davis, NFFE National Business Representative, Bill Fenaughty, former NFFE Secretary-Treasurer, Donnie Gibbs, Local 2109 President, Jimmy Uram, a retired local official, and other elected local officials.

“Due to the relentless organizing efforts of the union representatives and members, Local 2109’s growth was the second largest for all NFFE locals across the country,” said NFFE National President, Randy Erwin. “Their success is a testament to their hard work and dedication to our union and the labor movement. Congratulations to Local 2109!”
If your local is interested in growing its membership and strengthening its voice at the bargaining table and on Capitol Hill, contact your National Business Representative or NFFE-IAM Organizer Bridget Fitzgerald (bfitzgerald@nffe.org | 301-213-4189) to request help. They can connect you with benefits providers who work regularly with NFFE locals. They can also assist your local in developing a winning strategy for growing your local.
PRINT VERSION
Become a Member
NFFE Toolbox
Advocacy
Tweets by NFFE_Union