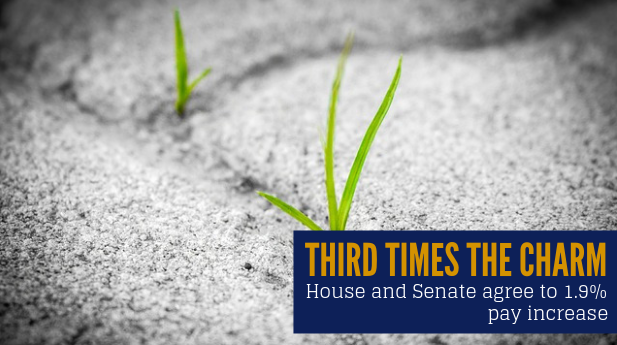 The 1.9% represents a 1.4% across the board increase and a .5% increase to locality pay areas.  This pay increase is retroactive to the beginning of the calendar year.  It is our hope that the White House will quickly follow the law and initiate those back payments to employees, especially considering some employees are still awaiting backpay from the last shutdown.

There is no silver lining to a shutdown but the 35-day lapse in funding proved that many federal workers and their families still live paycheck to paycheck, rebuffing claims by anti-worker forces that feds are overpaid and over compensated.  “What we witnessed clearly proved that it is time to address the 31% pay gap that favors the private sector,” stated NFFE president Randy Erwin.  “If federal families seek foodbanks after one missed paycheck, something is very wrong with federal compensation with today’s cost of living.”