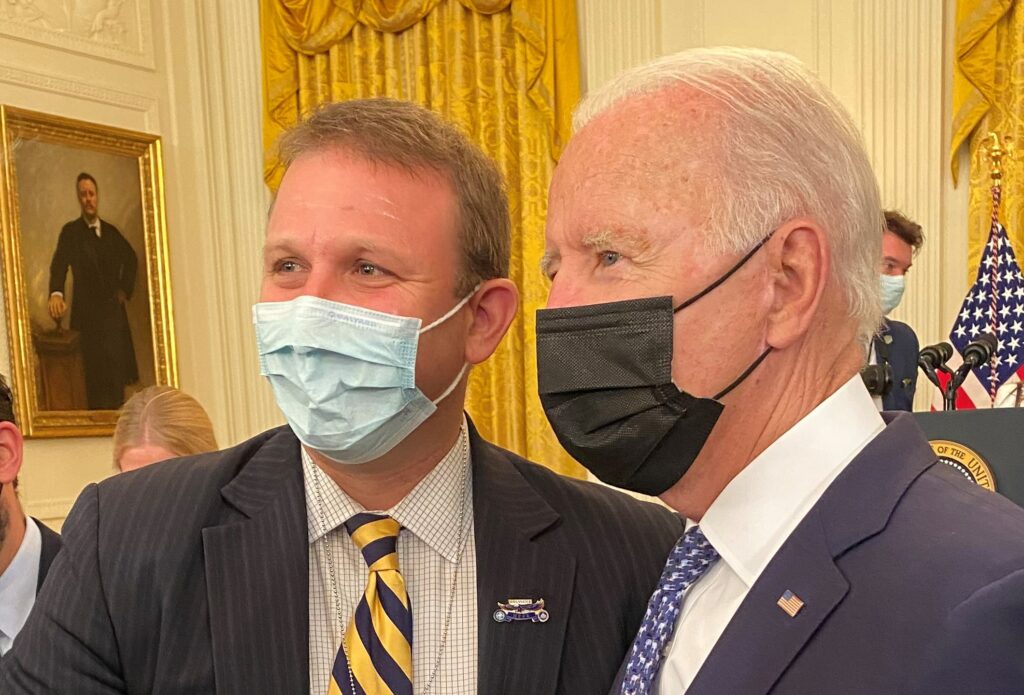 “On Labor Day, we honor the dignity of the American worker and every day we remember that America wasn’t built by Wall Street. It was built by the middle class, and unions built the middle class,” Biden said. The President also discussed his personal connection to labor unions and expressed his intention to be “the most pro-union president leading the most pro-union administration in American history.”

President Biden highlighted the significance of unions and the necessity of them in the American workplace, saying, “workers who join unions gain power. Power over the decisions and decision makers that affect their lives. Union workers voices are heard and heeded. In a simple word, unions mean democracy. Organizing and joining a union – that’s democracy in action.”

The President also took the opportunity to explain how the Bipartisan Infrastructure Framework he has proposed will support workers across America, insisting, “we are going to be putting hundreds of thousands of people to work, including so many union workers – modernizing roads, bridges, water systems. It creates jobs for American workers, it makes our cities and towns more resilient, and better able to beat the climate crisis. It will keep jobs here at home.”

“I was grateful to be a part of this event honoring labor unions and American workers, NFFE-IAM members among them,” said President Erwin. “President Biden cares about federal employees and all working people in this country. He also understands the essential role that unions play in building an economy that works for everyone. I am glad I had the opportunity to speak to President Biden and thank him for tremendous progress being made for federal workers and unions under his leadership.”