On Monday, President Obama released his fiscal year 2016 (FY16) budget that laid out his funding priorities for the upcoming fiscal year. For federal workers, some of the most notable provisions in the budget include a proposed 1.3 percent pay adjustment in 2016, an overall increase in the size of the federal workforce and an end to the dangerous across-the-board sequestration cuts. While the President’s budget is a step in the right direction compared with previous budget cycles, it still misses the mark on some key issues important to federal employees.

Another area of concern in the President’s budget is the proposal to cut nearly 3,000 civilian federal employees from the Department of Defense (DoD). Defense workers are essential to maintaining our military strength, and cutting the workforce will impact our country’s ability to maintain its military readiness. As budget talks move to Congress, NFFE will be lobbying to convince lawmakers that cutting the Defense workforce is a bad idea. NFFE strongly opposes this provision of the budget.

NFFE applauds the President for seeking to put an end to the senseless across-the-board sequestration cuts which have had devastating effects on local communities across the country. An end to sequestration would mitigate much of the budget pressure that has led to thousands of lost jobs at federal agencies and departments in recent years. Additionally, NFFE supports the President’s position to protect a dignified retirement for federal employees by maintaining the current pension contribution levels.

Also under the President’s proposal, the overall federal workforce would grow by more than 30,000 positions – with an additional 11,600 federal employees for the Department of Veterans Affairs. Veterans deserve the best care we can provide them, and increasing VA staff is one of the most important steps forward this country can make to accomplish that. NFFE strongly supports an increase of VA staffing.

“While we absolutely do not support everything in the President’s budget, it is an improvement over past years,” said NFFE National President William R. Dougan. “Now we are going to Congress to fight for the provisions we can support and against those we oppose. We will need the help of every NFFE-IAM member as we engage in these fights this budget cycle. Federal workers deserve better than they have been treated in recent years, and NFFE is determined to try to change that.” 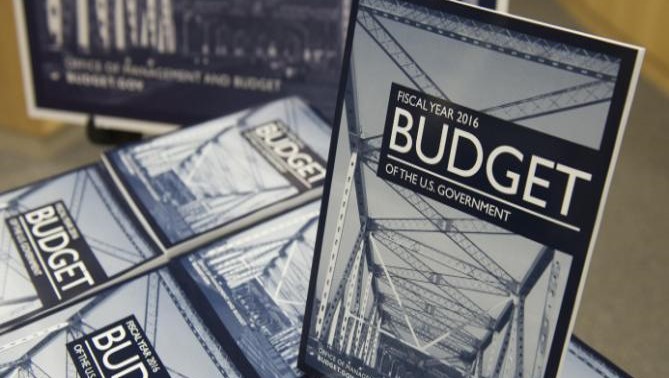