NFFE has fought for this measure for many years.  As a result of NFFE’s advocacy, the LMWFA unanimously passed the House of Representatives on July 17, unanimously passed the Senate on August 5, and was signed into law by President Obama on August 7.  While five months was a long time to wait for temporary seasonal employees who have been locked out of competing for career advancement under merit promotion for decades, the good news is that OPM’s guidance now “encourages agencies using merit promotion procedures to… apply the Act.”  So agencies should now be in a position to begin accepting applications from temporary and term employees to compete for permanent vacancies under merit promotion.

Unfortunately, OPM’s guidance is flawed in two respects.  If these flaws are allowed to stand, the Act will not achieve its goal of providing time-limited employees with “the same career advancement opportunities that are available to other Federal employees.”

First, the guidance would limit eligibility to positions which are otherwise open only to the employing agency’s internal workforce.  In other words, time-limited employees would be banned from competing for merit vacancies that are open to candidates from outside of the agency, that is, vacancies that are open government-wide.  NFFE’s legislative lead for the LMWFA, National Vice President Mark Davis, stated, “There is no way this nonsensical restriction is consistent with legislative intent. I will do everything within my power to get this corrected.” Meanwhile, temporary employees represented by NFFE who wish to apply to government-wide merit announcements are advised to contact a Local Union official.

Second, the LMWFA requires a total of 24 months of satisfactory performance by a temporary employee for that employee to be eligible under the Act.  Unfortunately, the guidance places the burden of documenting satisfactory performance for every period of employment on the applicant.  This would typically require an applicant to submit several performance rating documents.  However, oftentimes agencies do not meet their obligation to rate employees.  In such a case, highly successful applicants may have difficulty documenting their success.  The guidance states that “reference from a supervisor” can be used, but is silent with regard to what an applicant should do if their supervisor, for whatever reason, is nonresponsive to their request for documentation.

These requirements are likely to result in the exclusion of highly successful temporary employees through no fault of their own. NFFE expects that the time required to obtain the documentation required under the guidance will be considerably greater than the duration for which most jobs will be open.  Therefore, to meet this requirement, we advise any time-limited employee who thinks he or she might be interested in applying for a permanent job at any time in the future to immediately request from their employing agency or agencies the required performance documentation.

OPM’s guidance is not written in stone.  The long-term plan is for OPM to issue regulations. This is a formal process during which members of the public, labor unions, agencies, and other interested parties may submit comments.  We will participate fully in this process.  We will also provide NFFE-IAM members with the information needed to comment when that time comes.  NFFE encourages every individual familiar with federal temporary employment to comment. Your comments really do make a difference.

Please forward this information to any temporary employees you know. And please consider joining NFFE and adding your strength to this fight. Join NFFE today. 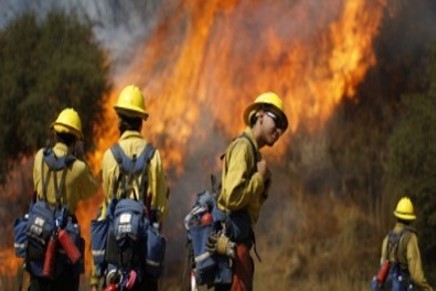