Photos from the 2012 IAM Legislative Conference Are Now Available. See Them Here!

Another legislative conference is in the books and hundreds of NFFE-IAM members are returning home from a very successful week of lobbying their elected officials in Washington, D.C.

Most importantly, members successfully lobbied against a harmful legislative measure that sought to ban official time for union officials to represent employees. As a result of their efforts, the amendment was stricken from consideration by Congress, protecting our ability to represent workers in grievances, unfair labor practices, and discrimination cases

Members also lobbied vigorously against proposals to further freeze or cut federal pay, slash federal retirement, and downsize federal jobs. Through visits to hundreds of Congressional offices, there is no doubt that the federal employee message made it to the halls of power in Washington.

This week proved more than any other that active participation in federal worker legislative issues can make a difference. Thanks to all who joined us in Washington this week. 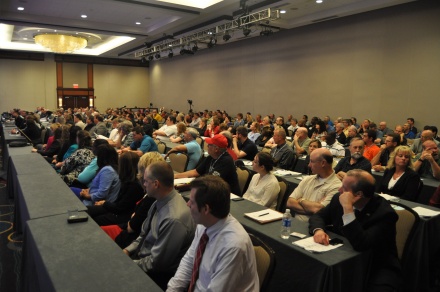