Late Friday afternoon, President Obama announced his alternate pay plan for federal workers, extending a one percent pay increase for 2014. In a letter announcing the plan to Congress, Obama advocated for an end to the three-year freeze which has inflicted serious stress on millions of federal workers.

“Civilian federal employees have already made significant sacrifices as a result of a three-year pay freeze,” Obama wrote. “As our country continues to recover from serious economic conditions affecting the general welfare, however, we must maintain efforts to keep our Nation on a sustainable fiscal course.”

“After three years of frozen pay, retirement cuts, and furloughs, the President’s announcement comes as an overdue, but welcome change in direction,” said Dougan. “However, this does not mean that the damage Washington has inflicted on our civil servants is now undone. These attacks have long been a cancer on federal workforce morale, and a modest pay increase is just one small step in a long healing process.”

Despite the President’s best intentions, there seems to be little interest from Congress. Of the four appropriations bills passed in the House thus far, none include a raise for federal workers. The Senate has failed to pass a single one of the 12 spending bills required to fund the government.

Making matters worse, Congress will only have nine legislative days to stave off a government shutdown when it returns from its 5-week vacation on September 9th. In similar scenarios over the past three years, federal workers have often become the bargaining chip of first resort for lawmakers pressing to make a last-minute deal. Federal workers have already sacrificed $122 billion to reduce deficits, and not a penny more will be tolerated.

“As our government enters the new a fiscal year and a potential default soon after, elected leaders must understand that the solution to our nation’s problems will not be found in the federal employee wallet,” said Dougan. “Federal workers have sacrificed greatly to restore our nation’s fiscal health, and the time has come to honor that sacrifice.” 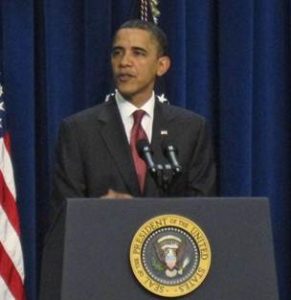