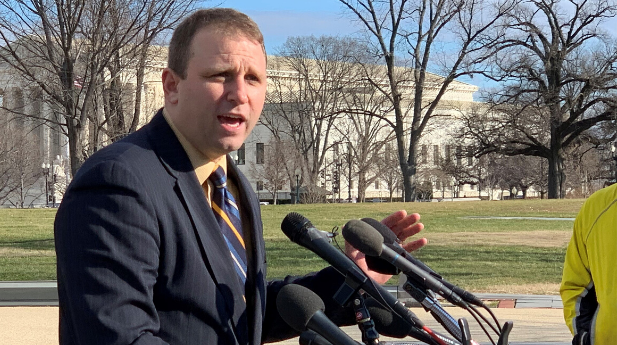 Washington, D.C. – On numerous occasions throughout his presidency, President Trump has gone out of his way to make public comments aimed at intimidating civil service federal employees that for one reason or another have drawn his ire. In recent days, the White House took things a step further by confirming an effort within the Administration to actively identify federal employees who are not sufficiently “loyal” to President Trump and to “take appropriate action” to remove them.

“The White House creating a hitlist of ‘disloyal’ federal employees represents a dangerous escalation of politically motivated retribution that is both illegal and threatens a foundational pillar of American democracy – an independent civil service,” stated Randy Erwin, National President of the National Federation of Federal Employees (NFFE). “Federal employees swear an oath to support and defend the country from all enemies foreign and domestic. They work for the American people, not the President of the United States himself. Asking employees to submit their loyalty to anyone or anything else would be inconsistent with federal employees’ oaths and contrary to law.”

“I am truly shocked that this Administration is speaking so openly about illegally targeting civilian federal workers for nothing more than doing their jobs,” continued Erwin. “I have never seen such hubris in my life. This is a much bigger threat to society than people realize. If we allow President Trump to demand personal loyalty and punish those who do not provide it, we will lose the ability to have an independent, dedicated civil service that works for the American people. If this illegal activity remains unchecked, we may lose all confidence in government institutions and the critical work done by them. This simply cannot be allowed to continue. We are calling on Congress to demand answers and to root out any targeting of civil service federal workers. The future of our democracy depends on it.”