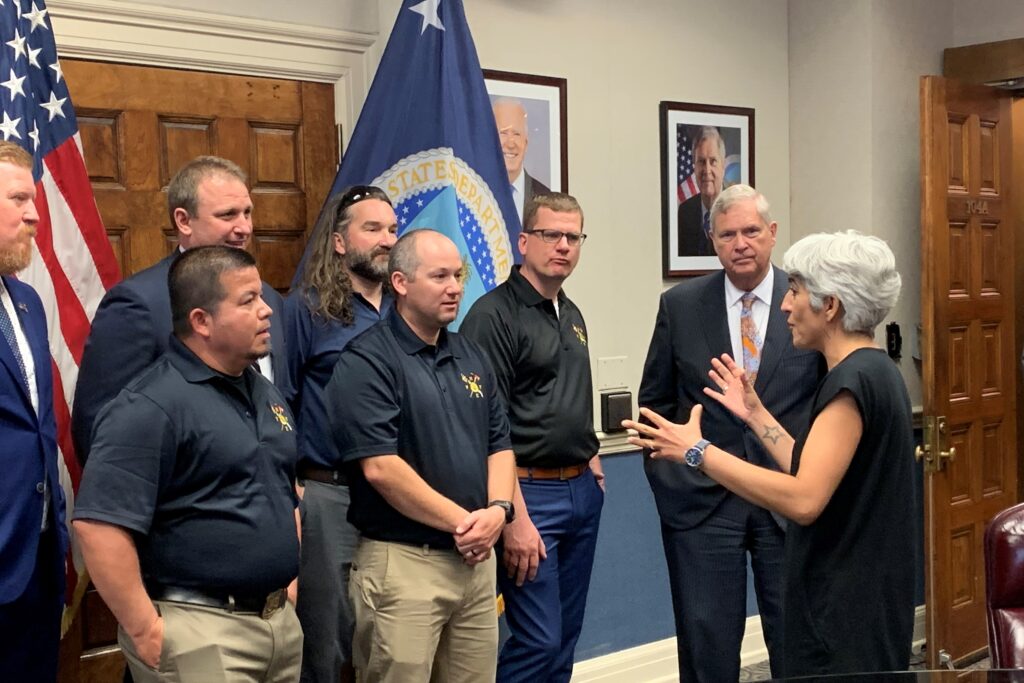 Washington, D.C. – Today, the National Federation of Federal Employees (NFFE) applauds Office of Personnel Management Director Kiran Ahuja for strong leadership and pro-worker initiatives in her tenure as OPM’s top official. Last week marked the one-year anniversary of Ahuja being sworn in as the Director of OPM.

Serving as Director, Ahuja delivered several major accomplishments for federal employees and fulfilled many priorities of the Biden-Harris Administration. This includes reviving the federal workforce by restoring labor relationships with unions like NFFE. Director Ahuja has empowered workers by ensuring they know their rights to join a union and bargain collectively, which earns them a seat at the table and a say in the decisions that impact them. She hears our members’ best ideas for improving work in government and implements them.

Director Ahuja was a key player in securing pay raises for federal wildland firefighters, providing life-changing income for thousands of heroes protecting our communities, including many NFFE-IAM members. Through conversations with NFFE leadership and collaboration with the Departments of Agriculture and Interior, Director Ahuja was critical to ensuring the pay increases were applied nationwide.

Ahuja has revitalized the federal government as a model employer through several programs. Under her leadership, OPM spearheaded President Biden’s Executive Order on Diversity, Equity, Inclusion, and Accessibility (DEIA). Her agency established a skills-based hiring program to create more employment opportunities in the federal government for workers from all communities and backgrounds. The government is hiring more employees with the practical skills needed to achieve the mission and serve all Americans. Ahuja has also significantly expanded telework and remote work across government, secured time off for workers to vote in federal, state, and local elections, and implemented the $15 minimum wage across the federal government without delay.

“I am incredibly grateful for Director Ahuja’s leadership and the relationship our union has fostered with OPM,” said NFFE National President Randy Erwin. “She has accomplished so much for our members and the federal workforce as whole in just one short year. I cannot thank the Director enough for her role in making sure our wildland firefighters got the pay raises they deserved from the Infrastructure Investment and Jobs Act. NFFE appreciates having allies like Director Ahuja in agency leadership and we look forward to working with OPM to achieve new goals in the near future.”