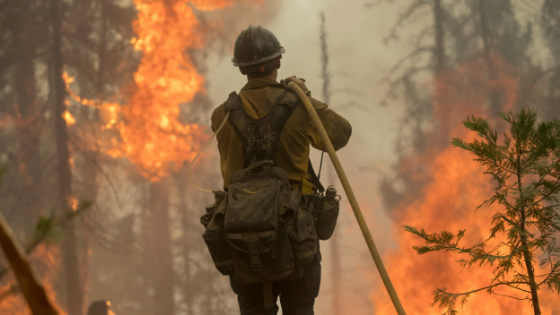 Washington, D.C. – Today, the National Federation of Federal Employees (NFFE-IAM) applauds the U.S. Senate for passing the First Responder Fair RETIRE Act (H.R. 521) late Thursday evening. The law will order agencies to place injured federal first responders who return to work into “equivalent positions” as they held before, thereby protecting their employment and accelerated retirement status. The law also prevents first responders from losing retirement contributions paid by the employee at a higher than standard rate under their “6(c)” retirement system.

“For decades, when a federal firefighter, law enforcement officer, or any other first responder got injured on the job, they could have had their hard-earned pension unfairly stolen from them,” said NFFE National President Randy Erwin. “Thanks to this legislation their pension is now safe.”

Bob Beckley, a member of the NFFE Executive Committee and former Forest Service smokejumper, was a victim of the flawed policy after his back was broken on the job. He was placed into a non-6(c) position upon returning to work, costing him thousands of dollars in retirement contributions, in addition to hundreds of thousands of dollars forfeited in losing his 6(c) retirement.

“This injustice has been occurring longer than the 37 years since my fall for other injured federal first responders around the country,” said Beckley. “This legislation will ensure that no more federal employees on the front lines serving their country will have to face undeserved hardships for getting hurt on the job. I am so pleased that this has finally been fixed after so many years.”

“Thank you to Senator Tester for his unrelenting leadership over many congresses to get this done,” continued Erwin. “This bill was a unified and bipartisan effort that included Senators Collins, Gillibrand, Risch, King, Daines, and Rosen. On behalf of our nation’s federal first responders, we thank you for your support to protect those injured in the line of duty.”