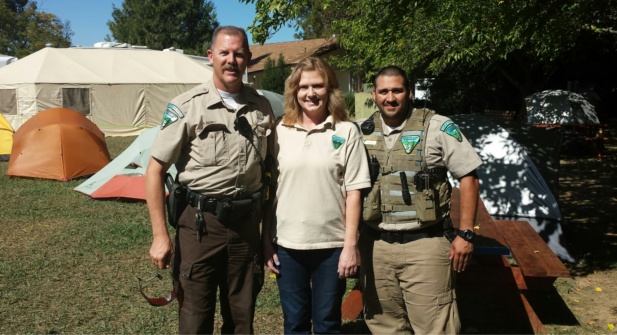 When the Bureau of Land Management (BLM) denied night differential pay to wildland firefighters while on fire incidents, NFFE Local 2152 President Elaine Downing took action.  After getting no response from the National Wildfire Coordinating Group (NWCG) upon notification that the Interagency Incident Business Management Handbook (aka the “Yellow Book”) conflicts with federal law and regulation regarding night differential pay, Local 2152 filed a grievance in July 2015.

In the summer of 2016, the BLM opened settlement discussions with the Union, and, in October Local 2152 accepted a settlement offer of $65,000.  Now the Union will start the process of analyzing the data and disbursing the funds to the affected bargaining unit employees.

While this grievance settlement is clearly a victory for BLM-CA employees who were denied night differential pay, it is also a victory for all BLM federal wildland firefighters across the country,” stated NFFE National President Randy Erwin.  “Local 2152 worked hard to win this financial relief for its members, and together we will hold all federal agencies accountable when NFFE-IAM bargaining unit employees do not receive the pay and benefits to which they are rightly entitled by law.”

“We are very pleased to see that the Bureau of Land Management and the National Park Service now each have written national policies that support the proper payment of night differential for all of their employees who support wildland fire fighting, in spite of the handbook,“ said Elaine Downing, President of NFFE Local 2152.  “Until then, the battle is still not won. Federal agencies will pay municipal agencies that support federal fire incidents ‘portal to portal pay’, but they will deny their own employees the extra 10% pay they are entitled to. A lot of these fire fighters are seasonal GS-4’s and GS-5’s, who make about $15.00 an hour doing very hazardous work, working 16 hour days!

Downing continued, “It is our hope that the NWCG will rewrite Chapter 10 of the yellow book and correct the flawed language regarding night differential as soon as possible so that all federal employees across all federal agencies who support fire will be properly paid.”

Bureau of Land Management- CA employees with questions about the settlement should contact NFFE-IAM Federal Lodge 2152 at: nffe2152@blm.gov or 760-326-7048.