NFFE Local 1998 and Department of State

Summary:   Long awaited pay checks arrive for members of Local 1998! On December 13, NFFE Local 1998 held its first FLSA check distribution event in Washington, D.C. with over 100 employees in attendance to receive their checks. The event was a result of NFFE’s settlement agreement with the Department of State over an overtime grievance filed in March 2009. The grievance alleged violations of the Fair Labor Standards Act, mainly, that employees were forced to work overtime without being properly compensated. The event is the first of many to be held nationwide for members of Local 1998.

Summary:   Local 405 wins again! NFFE Local 405 prevailed in an arbitration, with NFFE General Counsel’s office handling the case. An employee was disciplined with a 30-day suspension for allegedly making improper comments to co-workers and to customers of the Agency. The Union filed a grievance challenging the action as unfair. After an arbitration hearing, the Arbitrator ruled that the Agency did not prove several of the charges made against the employee. The Arbitrator reduced the suspension to a written reprimand and granted full back pay. This is the third successful arbitration in the last few years involving NFFE Local 405.

Summary:   Not so fast, State Department! NFFE GC and NFFE Local 1998 succeeded in winning an arbitration on behalf of a State Department NFFE member. An employee was given a 5-day suspension for allegedly failing to follow supervisory instructions. The Union took the case before an Arbitrator, who ruled that the Agency failed to show that the suspension met the just cause standard and awarded back pay.

Summary:  The Arbitrator found that the Agency violated 5 U.S.C. § 6101 when it altered maintenance workers’ established work schedules with less than one week’s notice.  Under § 6101, an Agency must assign employees their work schedules not less than one week in advance, except when the agency head determines that scheduling on shorter notice is necessary to avoid serious disruption or cost. Back pay was awarded and the Arbitrator directed the Agency to recredit any sick or annual leave used because of the Agency’s violation. The FLRA denied various agency exceptions.

Comment:   NFFE leaders should be on the lookout for § 6101 violations in their units. Agencies frequently change employee schedules without complying with § 6101. Questions regarding potential grievances can be directed to the GC. 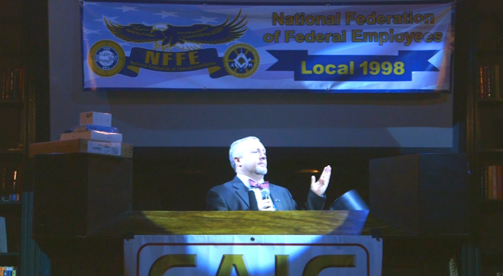