After Years of Planning and Pleading, NFFE Moves Ahead with Bipartisan Firefighter/LEO FAIR Retire Act 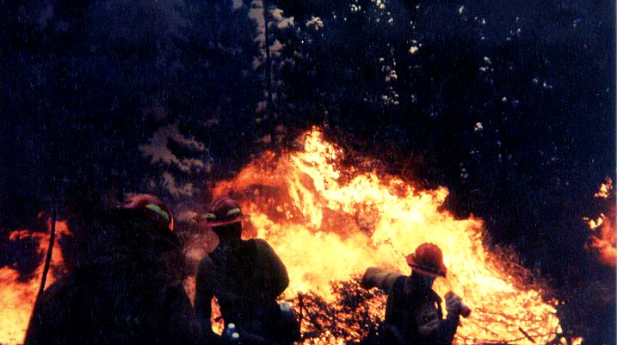 The right thing to do is not always the easiest.  The First Responder FAIR Retire Act is no exception.  The effort to provide justice for federal first responders injured on the job and then punished twice more after losing their enhanced retirement time and pay seems like a no brainer.  But for more than a decade, NFFE and our supporters on Capitol Hill ran into roadblocks time and again during each congress going back to the Bush administration.

During the last congress, NFFE formulated a strategy early on with House and Senate supporters that included introducing matching language in both chambers, placing “First Responder” in the act title, seeking bipartisan original cosponsors, and seeking the blessings of respective leaderships.  The bills were moving as expected until a House Republican requested a Congressional Budget Office (CBO) score.  A CBO score may be requested by any Member to determine the impact of the bill on the national budget.  When the CBO score came back too high, the bills were effectively killed.

NFFE spent the rest of the last congress fighting the CBO score with the heavy backing of Sen. Jon Tester (D-MT) and Rep. Gerry Connolly (D-VA).  The CBO score overestimated the number of first responders injured each year and were removed from enhanced retirement, and the average salary used to determine cost on budget was ridiculously high.  The fight to officially amend the CBO score continues.

While nothing is guaranteed in life, NFFE is more optimistic than ever that the stars may align just right to get the First Responder FAIR Retire Act passed.  We began seeking White House approval last August by including this bill in our list of priorities for this administration.  NFFE sincerely thanks Senators Tester (D-MT), Collins (R-ME), and Gillibrand (D-NY), and Representatives Connolly (D-VA), Fitzpatrick (R-PA), and Langevin (D-RI) for their unwavering support to get this bill passed.

If we are successful this congress in obtaining justice for injured first responders—many like our own Bob Beckley who broke his back fighting a wildland fire and lives with constant pain—other organizations may take credit for doing the hard work to get it passed.  Make no mistake, this bill is and always has been a NFFE priority and a perpetual NFFE fight.  We share our victories, but we also fight when others wane.