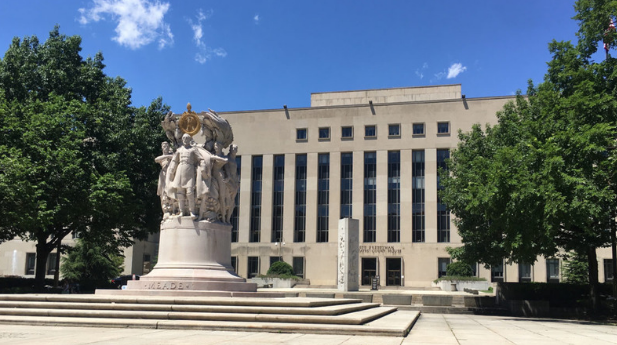 On July 16, 2019, the D.C. Circuit Court of Appeals delivered an injustice to federal employee unions by overturning a U.S. District Court decision that determined three anti-employee executive orders (EO) were issued illegally by the Trump administration.  The three-judge panel did not render an opinion regarding the legal merits of the executive orders but rather on the jurisdictional requirement to exhaust all other legal avenues before filing in U.S. District Court, referring to the jurisdiction of the Federal Labor Relations Authority (FLRA).

The executive orders, issued in May 2018, placed limitations on federal unions’ bargaining ability, official time, travel, and access to office space. The EOs also make fewer options available for employees who wish to appeal an agency’s decision regarding certain employment matters.  NFFE-IAM and seventeen (17) other federal unions responded by filing a lawsuit against the Trump administration in D.C. District Court where Judge Ketanji Brown-Jackson ruled overwhelmingly in favor of the unions and issued an injunction preventing federal agencies from implementing the EOs. The Administration then appealed the decision to the D.C. Circuit Court of Appeals.

While NFFE-IAM and others vigorously fought to uphold the District Court’s decision, the panel ruled against the unions on jurisdictional grounds, allowing the EOs to go into effect until each issue can be litigated piecemeal through the Federal Labor Relations Authority (FLRA).

“We feel that the D.C. Circuit took the jurisdictional challenge as sort of an easy out, because they would have rather not dealt with the substantive challenges to the sitting president of the United States,” Summerlin said. “There is no way that the Federal Labor Relations Authority, which is made up of presidential appointees, can handle these questions. That’s not what they’re designed to do, and that’s not what the Constitution allows them to do…It would be the executive branch policing the executive branch.”

NFFE-IAM and its allies are continuing to explore avenues to prevent the orders from taking effect, including asking the full panel of the D.C. Circuit to review the case again (called ‘review en banc’).  NFFE-IAM is committed to stopping these illegal executive orders and other threats to fair treatment and conditions of employment that labor unions and collective bargaining agreements protect.