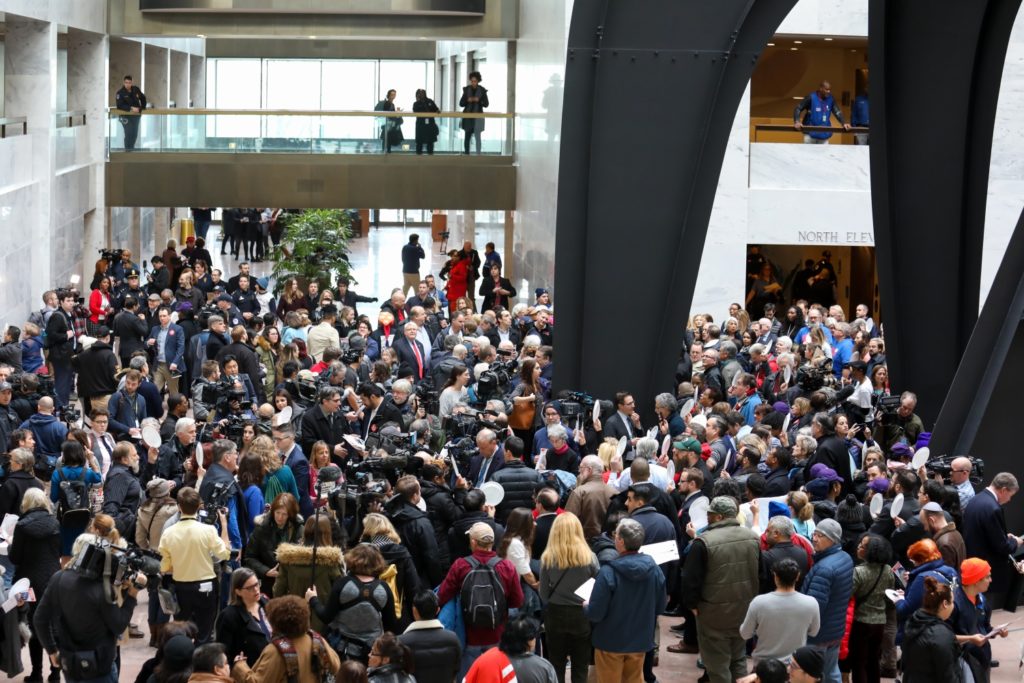 On August 1, the Senate passed a two-year budget agreement to raise the debt ceiling and spending caps for fiscal years 2020 and 2021.  The House already passed the same agreement before it left for August recess, and President Trump indicated he will sign the agreement into law.

While multi-year budget agreements usually fall short of the overall spending needs of the country (one major disaster or international conflict can blow the budget), the agreement provides a framework from which government shutdowns are less likely.  Thanks to the efforts of NFFE members, our federal union partners, and the outside organizations that joined us during our shutdown protests earlier this year, no one on Capitol Hill desires to see another shutdown anytime soon.

One important element of this budget agreement that appeals to all federal employees is that with the signing of this agreement into law, we will never have to hear the word “sequestration” ever again.  That is because sequestration was created by the Budget Control Act of 2011 (BCA) as a way to encourage Congress to pass a budget agreement for any given year or face automatic discretionary spending cuts across the board.

Congress hates the automatic spending cuts because they have no say in where the cuts come from…for the most part, it cuts all departments and agencies equally.  Departments and agencies hate sequestration because it disrupts budget operations by as much as 9%, causing a great amount of turmoil for operators as they figure out how to complete mandates under a fairly heavy pay cut.

Because the BCA expires in Fiscal Year 2021, and because we now have a budget agreement for that year, the BCA is rendered irrelevant and thus, sequestration is no longer a threat.  The original authors of the BCA agree that while the sprit behind creating sequestration was meant to do good, they underestimated how willing Congress is to screw things up.

Godspeed, sequestration, but don’t come back.  You were no match for congressional mulishness.