With shrinking budgets, sequestration cuts, and shut down threats bearing down on agencies throughout government, it’s no mystery that federal workers have taken their lumps from deficit reduction. A recent Gallup Poll – as highlighted in Government Executive last week – looked at just how bad things have gotten, and the numbers are very disheartening.

A full 42 percent of federal workers responding to the poll said their employer was letting people go, as opposed to just 25 percent who said theirs were hiring. The poll echoes dire numbers released in a string of monthly Bureau of Labor Statistics jobs reports in recent months, showing total federal job losses in the tens of thousands. Just last month the government shed another 2,000 jobs.

Without a drastic shift in policy, more cuts are likely to come. Several agencies, including the Air Force and Navy, have already announced RIFs of more than 1,000 employees. Others are expected to follow in their footsteps once the second round of sequestration cuts comes knocking in Fiscal Year 2014. By this point it’s clear that agencies cannot continue to sustain these cuts indefinitely without impacting personnel. Short on options, federal workers only have one way to find relief: action.

“No one can afford to stay on the sidelines in the fight to end sequestration,” said NFFE National President William R. Dougan. “We need to work together and demand a solution today or else we will face nine more years of the same. Get active in your union and become a part of the solution today!” 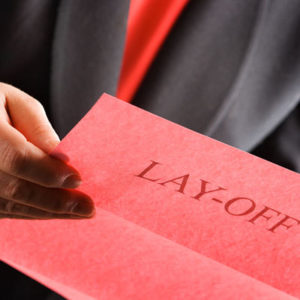