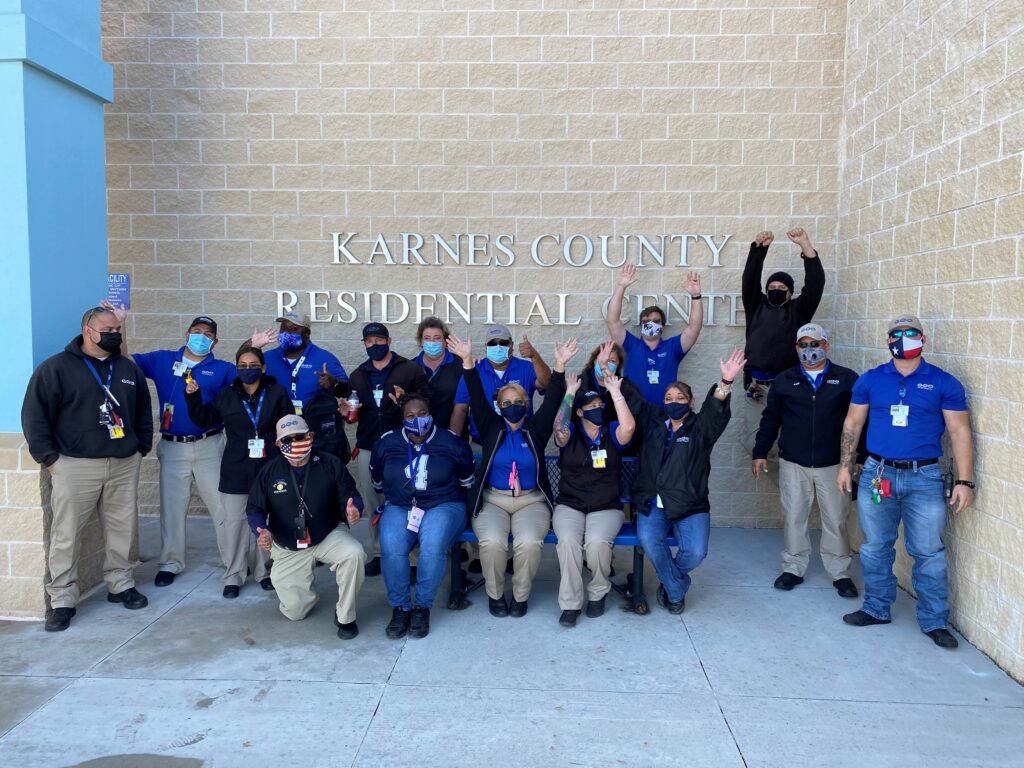 Last week, NFFE-IAM announced the addition of nearly 900 new members to our union from GEO facilities in California and Georgia. On their journey to joining NFFE-IAM, many workers expressed the need for union representation and were eager to learn. Employees understood that they were much stronger working together and that they would have the power to effect change in the workplace with the help of NFFE-IAM. After ratifying their collective bargaining agreement, workers are proud to unionize and ready to improve their workplaces.

Jodi Knight, who works at the Golden State Annex, says she is particularly grateful for increased job security and for the chance to push back against favoritism at her facility in McFarland, California. “Having tools to help counter favoritism from management with work assignments is exciting!” she said. “We can make sure that placement is determined by seniority instead of favoritism.” Jodi says she also wants to assist in leveling the playing field for employees who are underpaid. “Our officers have good wages, but now we can fight for other staff like clerical workers to receive fair wages.”

The NFFE-IAM stewards of the Golden State Annex are grateful for new benefits of union representation. “We will have representation when it comes to disciplinary procedures, equality in seniority, days off, and vacation time,” they mentioned.

Crispin Castro, a facility officer at the Western Region Detention Facility in San Diego, California says he drew inspiration from the quote, “be the change you wish to see in the world,” by Mahatma Gandhi. “Those simple words ignited a fire in me. No longer would I allow someone else to be the change for me,” Crispin said. Crispin has already shown his ability to be the change, when in August he spoke at a rally to save his facility from being closed. In that spirit, Crispin is eager to change his workplace for the better with his brothers and sisters from NFFE-IAM.

“Once again, congratulations to our new members from GEO,” said NFFE President Randy Erwin. “I know they are ready to stand up and have their voices heard for themselves and their co-workers. We are extremely proud to represent them in their mission to make their workplaces more equitable for all.”