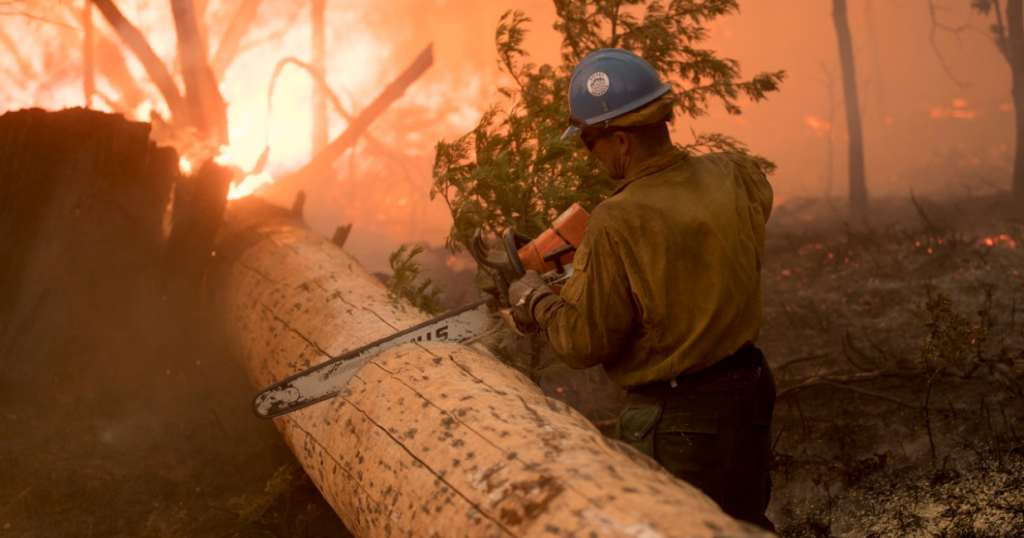 “As president of the National Federation of Federal Employees (NFFE-IAM), and on behalf of 110,000 government workers across thirty different agencies in the United States, including thousands of federal wildland firefighters within the Department of the Interior and the Department of Agriculture, I write to urge passage of the Tim Hart Wildland Firefighter Classification and Pay Parity Act (H.R. 5631) that is contained in the House-passed Wildfire Response and Drought Resiliency Act (H.R. 5118).

“As fire seasons have become increasingly long and dangerous, developing into year-long disasters, it is imperative that federal firefighters have the resources they need to protect our communities, property, and public lands from being razed by wildfires. The strenuous nature of the work that wildland firefighters undertake, combined with low pay and little benefits, has led to an understaffed and ill-equipped workforce. These federal employees—who risk their lives to protect life and property—endure hardships every year that is unique to their careers. Physical injuries are rampant, and the loss of wildland firefighter lives is sadly frequent. These on-the-job risks are compounded by personal adversities that are related to low pay and a lack of resources, resulting in a remarkably high rate of divorce, substance abuse, PTSD, financial trouble, and suicide. As more is asked of federal wildland firefighters each year, these issues have increased in frequency and depth, leaving behind an exhausted, depleted workforce.

“To properly combat the wildfire crisis, Congress must take strategic action to adequately compensate firefighters and provide resources from them to complete their mission. The Tim Hart Wildland Firefighter Classification and Pay Parity Act outlines a comprehensive framework to rebuild the federal firefighting workforce, providing long overdue programs that will improve the lives of wildland firefighters and restore morale within their fatigued ranks.

“For far too long, federal wildland firefighters have endured low wages, poor benefits, and insufficient resources. Federal land management agencies and Congress have failed to act over several decades, resulting in the breaking point reached today. The time is now to address this crisis. I urge you to introduce and pass the Tim Hart Wildland Firefighter Classification and Pay Parity Act (H.R. 5631)”