The House Committee on Oversight and Government Reform last week approved a bill, H.R. 4363, that would give federal workers approaching retirement the option to work part time before ending their career. An amendment to the measure would also allow for federal retirees to roll the value of their unused annual leave into their TSP accounts upon retirement.

The bipartisan measure would make substantial progress in addressing one of the most serious issues facing the government: workforce brain drain. With hundreds of thousands of federal employees set to retire in the next several years, policymakers have been hard-pressed to find ways to preserve the institutional expertise of outgoing employees. By allowing federal workers to participate in a “phased retirement,” as it’s called, senior employees can wind down their careers at their own pace while giving new employees the opportunity to receive mentorship and training.

“This is a win-win for federal workers and the taxpayers,” said NFFE National President William R. Dougan. “This bill would provide greater flexibility to our most experienced employees while giving young workers an opportunity to grasp the torch with ample guidance. This is good government at its best.”

One concern over the legislation is a provision to use the $465 million in 10-year savings realized from this measure on matters other than the civil service. We feel this money should be used to address many of the pressing needs facing the federal workforce today – not a completely unrelated program.

Nonetheless, there remains plenty to like about this legislation. Another provision, introduced by Rep. Stephen Lynch (D-MA) would allow retiring employees to roll over the balance of their annual leave into their TSP accounts upon retirement. This would result in more secure retirement savings for federal workers while increasing productivity at federal agencies.

“Allowing workers to roll their excess leave into their TSP’s would provide a critical boost to retirement savings when they are needed the most,” said Dougan. “With retirement looking more like a dream than an inevitability for many in the workforce, this measure would bring that dream closer for tens of thousands.”

What do you think? Give us your thoughts on this proposal on our Facebook page, www.facebook.com/nffeunion. 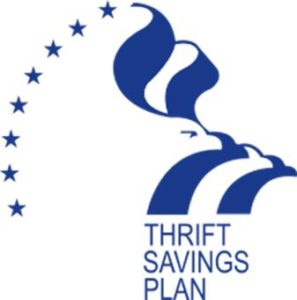