The Senate Tuesday rejected an amendment to the Postal Reform Bill that would have protected the federal employees’ workers compensation program.

Failing by a vote of 46-53, Sen. Daniel Akaka’s (D-HI) Amendment 2034 sought to remove harmful language scaling back workers compensation benefits from the larger bill. With this defeat, federal employees injured on the job are likely to lose a substantial portion of their benefit in the near future.

Originally introduced as a stand-alone measure by Sen. Susan Collins (R-ME), the program reform curtails benefits for retired federal workers who were injured while on duty. Under current law, employees who were unable to continue work due to injury were eligible to receive roughly two-thirds of their base salary, or 75% plus medical expenses if they had dependents. Under the new legislation, these same workers will receive just 50% of their base salaries when retiring.

The idea behind the reduction in benefits was to incent injured federal workers to start collecting their retirement, rather than workers compensation, once they reached retirement age. The problem with this is that many of these workers were injured without enough longevity in the government to earn a livable retirement benefit. If these changes are signed into law, these vulnerable workers will be faced with losing a substantial portion of their income.

“This is heartless legislation that changes the deal and guts benefits for federal workers that were injured or suffered an illness because of their service to the American people,” said NFFE Legislative Director Randy Erwin. “I am shocked at what great lengths lawmakers are willing to go to save a buck while at the same time protecting the special interests from having to pay their fair share. We will continue to fight against this harmful legislation.” 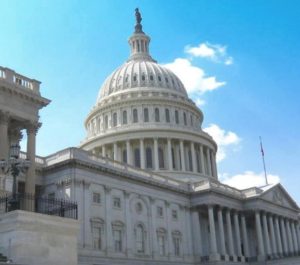