After months of preparation the 2013 IAM Legislative Conference has officially arrived. As you read this, hundreds of NFFE-IAM members are meeting in Washington, D.C to kick off a week of lobbying elected officials and networking with leaders in labor and politics.

At the top of NFFE’s legislative agenda this week are putting an end to furloughs, securing a pay increase in 2014, and warding off attacks to your retirement benefits. In addition to issues that impact the entire workforce, delegates will also lobby for niche legislation such as temporary employee hiring reform in the U.S. Forest Service, and increasing collective bargaining rights for employees at the Department of Veterans Affairs, among others. You can read NFFE’s briefing papers on these issues and more by clicking here.

Between today and Thursday evening, NFFE delegates have more than 200 meetings scheduled with elected leaders from all over the country. Armed with the knowledge one can only obtain from serving on the front lines of federal agencies, they will speak for the millions of workers whose voices have been ignored by too many in Congress this year.

“This is the opportunity for members doing the work of the American people to take their message directly to the offices of the people making decisions,” said NFFE National President William R. Dougan. “Some of these elected officials have a lot of explaining to do, and we’re going to hold their feet to the fire.” 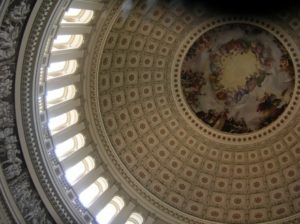