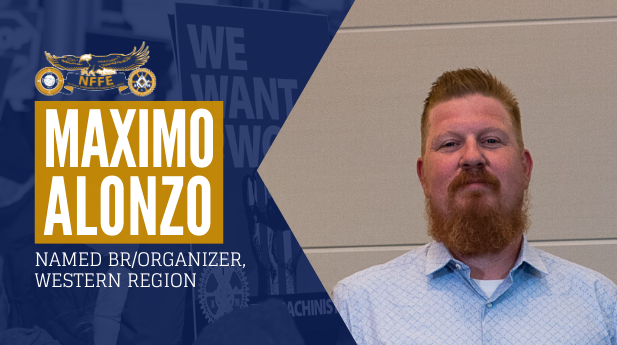 The National Federation of Federal Employees (NFFE) is proud to announce that Max Alonzo of NFFE Local 376 will serve as the new National Business Representative/Organizer (BR/Organizer) for NFFE locals in California.

Alonzo was born in West Covina, California and has worked for the U.S. Forest Service for the last 12 years. He first became a steward for NFFE Local 376 in 2013. He then became the President of his Local, serving in that capacity from 2014 – 2016. In recent years, Alonzo served as the Forest Service Council Vice President for Region 3.

“I am very excited to see what Max can do for this union,” said Randy Erwin, NFFE National President. “Coming from pro-union upbringing, Max has about as much passion for the union as anybody I’ve ever seen. He is motivated to get out there and help NFFE-IAM members across California. He is also serious about growing this union. I think he is going to be a really terrific addition to our team.”

“Being a NFFE member and representing my fellow brothers and sisters has been by far the most rewarding aspect of my career with the U.S. Forest Service,” said Alonzo. “I’m beyond excited to now represent members from all of our other agencies and help strengthen this great union!”