At a time when the furloughs of 2013 are distant memory to most employees, NFFE is continuing the battle to ensure that effected employees receive justice on the job. Currently, numerous appeals are moving through the Merit Systems Protection Board (MSPB) process. Two of the most notable appeals currently pending, however, involve NFFE Local 2109, Watervilet Arsenal in Watervliet, NY, and NFFE Local 1442, Letterkenny Army Depot in Chambersburg, PA.

At the time of the furloughs, NFFE Locals 2109 and 1442 filed class grievances, bypassing the parallel MSPB process, with both Locals advancing to arbitration. While Local 1442 was unsuccessful in their arbitration, Local 2109 prevailed for its security guards. While the victory for the security guards was welcome, both Locals lost the larger issue which was whether or not furloughs were appropriate for Army Working Capital Fund employees that had sufficient funds obligated to fund work through six furlough days.

In both cases, arbitrators followed the lead MSPB case, Chandler v. Dept of Treasury, and found that the Department of Defense making cuts to its budget was sufficient evidence to justify furloughs. In both cases, NFFE believes that arbitrators and the MSPB are misconstruing the law, and NFFE is continuing the fight for NFFE-IAM members by appealing both cases to the U.S. Court of Appeals for the Federal Circuit. The cases recently finished briefing, and NFFE’s General Counsel will argue the matter to a panel of 3 judges on July 8, 2015. The Court is expected to make a decision on both cases in late 2015.
“When it comes to achieving justice on the job for our members, we will use all of the resources at our disposal,” said NFFE National President William R. Dougan. “While we are disappointed with the misguided decisions of recent arbitrations, we are confident that the U.S. Court of Appeals will take a thorough look at this and provide a well-informed perspective. The U.S. Court of Appeals will provide a fair chance to right this wrong for Working Capital Fund employees that were improperly furloughed.” 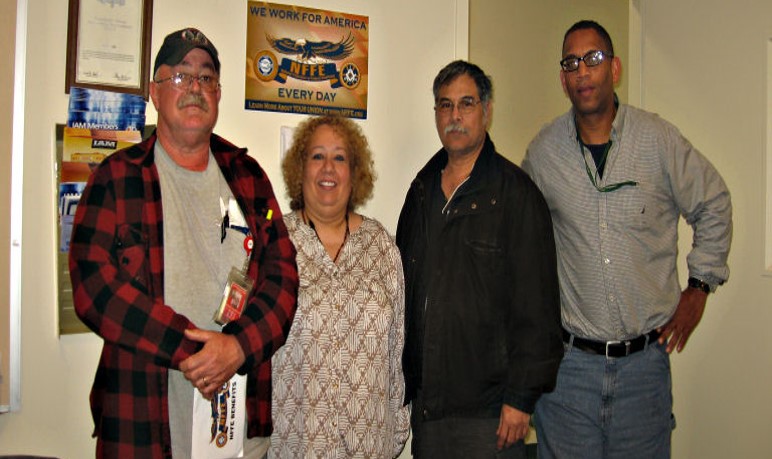