NFFE Fights Against Extended Probation Bill in the House 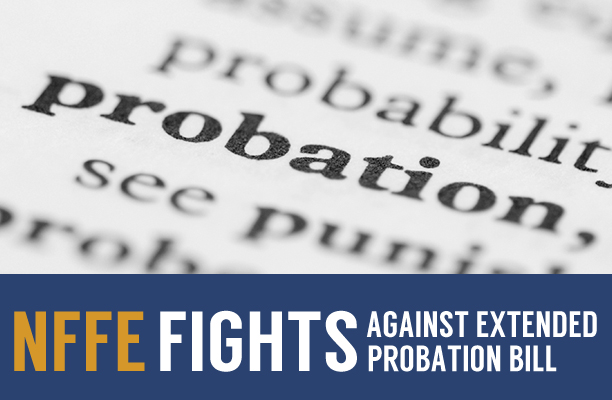 Next week, a vote is expected on the floor of the House that, if passed, would create a minimum two-year probationary period for new federal employees.  The bill, H.R. 4182, the “Ensuring a Qualified Civil Service Act of 2017,” requires a minimum two-year probationary period for new hires with the probation period clock starting after “formal training” programs or upon completion of a required professional license or certificate.  In theory, agencies could keep new employees in probation limbo for many years by extending training programs.

“One year of probation is enough for nearly all positions in government,” stated NFFE national president Randy Erwin to Bloomberg Business News in a recent interview.  “If a manager cannot figure out in a year’s time whether an employee is a good fit, then it is the manager that may need replacing.  Two years does nothing except allow an agency to hold the threat of termination over an employee’s head. If passed, this law would silence more whistleblowers and encourage the misuse of vulnerable employees.”