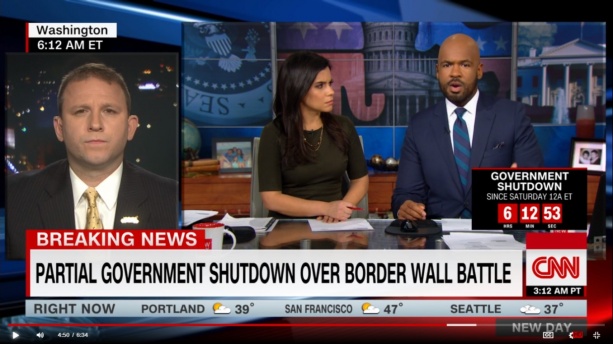 NFFE National President Randy Erwin appeared on CNN’s New Day Weekend to discuss the effects of a government shutdown and furlough on federal employees and their families, especially during the holiday season.

“They had the carpet ripped out from under them,” Erwin stated to CNN commentators Christi Paul and Victor Blackwell in response to a question regarding the financial reality of federal families living under a shutdown. “We have members who live paycheck to paycheck making $26,000 or $27,000 a year. They cannot sustain a cut-off from income for any length of time.”