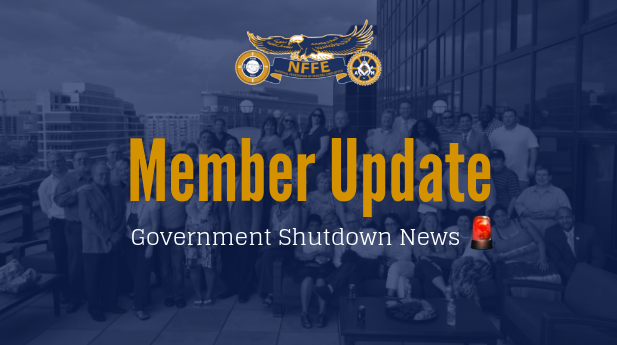 With the Senate going into recess yesterday after no sign of agreement between the House and Senate to end the shutdown, the next possible day for a resolution is Thursday.

From the looks of things, it ain’t going well.

The partial shutdown may extend past next week as the White House digs it heels in on its request for a border wall.  The only good news to come out of this fiasco is that the Senate passed a bill to allow back pay for feds who are furloughed.  The bill will go to the House for consideration next week.  Unfortunately, the House Freedom Caucus is running the show, headed by Rep. Mark Meadows (R-NC) who largely shrugged off the effects of shutdowns on federal employees and their families in the press last week, so the bill’s success in the House is not guaranteed.  NFFE is continuing to work with House lawmakers to get the back pay bill passed separately from any funding negotiations.