At a time when federal workers have been subject to pay freezes, furloughs, and retirement cuts, executives at leading government contractors have been making away with hundreds of millions in taxpayer dollars. How do they get away with it? Easy – ever-increasing reimbursement rates.

In fiscal year 2011, federal contract executives were eligible to be reimbursed upwards of $763,000 in salary – nearly twice the annual salary of the President of the United States. This figure has risen substantially in the last two years because it is legally bound to an automatic formula that gauges prevailing costs in the industry. Because of this formula, the maximum executive reimbursement rate to will increase over $950,000 next year. This huge leap in pay over such a short period is no surprise, sadly, as federal contractor pay has increased by an estimated 300% in the past 15 years, according to a recent piece in Government Executive.

“It is absolutely unconscionable that contractor bosses are getting five and six figure raises from the taxpayers while federal workers have had their pay frozen,” said NFFE National President William R. Dougan. “We should be rewarding the employees on the ground actually doing the work, not contractor executives. Federal workers have sacrificed more than any other group and they deserve a fair pay adjustment.”

President Obama, agreeing that something must be done about the runaway spending, will soon offer a proposal to cap reimbursements for executive pay at $400,000 – his own salary. The measure does not stop contract companies from paying the amount they choose to pay their employees; it simply addresses the amount American taxpayers are forced to pay. Other proposals have been put forth to tackle this issue in the past, most notably by Rep. Paul Tonko (D-NY) who has dedicated years to reigning-in this gross waste of funds. A similar proposal was included in last year’s National Defense Authorization Act, but the limits only applied to the top five highest earning executives at each firm. The President’s proposal is the latest, welcome step in the right direction toward ending this shameful practice.

“We are encouraged that the President is tackling this issue, but there is more that can be done,” said Dougan. “Addressing contractor reimbursements is just one side of the matter, and it is long past due that we address the other. Federal workers have endured four years of sacrifice after sacrifice, and the time for a pay increase has come.” 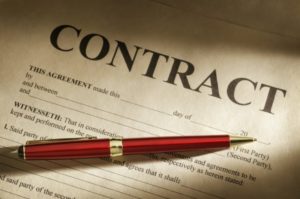