It turns out that current federal workers aren’t the only ones losing out from sequestration.

This week, the Office of Personnel Management (OPM) announced a full 19% reduction in the number of federal pensions processed for newly-retired employees, due to sequestration cuts.

The news comes after a year of substantial progress in eliminating the pension processing backlog. Since January 2012, OPM was able to successfully shrink it from over 60,000 employees to the 26,000+ at which it stands today. This progress was largely due to OPM Director John Berry ordering substantial increases in staffing and overtime pay to address the matter. With more resources focused on the problem, the agency was finally equipped to chip away at the formidable backlog.

With deep sequestration cuts to meet, however, OPM is now being forced to cut back on this overtime. With fewer resources dedicated to the backlog, much of the recent gains could be lost.

“We’ve come too far at this point to turn back,” said NFFE National President William R. Dougan. “The pension backlog has been an issue for years, and we are closer than ever to ending it for good. We need to repeal these sequestration cuts so retired federal workers get the pension they have rightfully earned.” 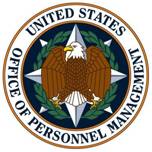