Since its approval 11 months ago, legislation allowing federal workers to phase into retirement has undergone a long process of regulatory writing and editing. This week, the proposed regulations have finally been issued, bringing the promise of a smoother transition into retirement that much closer.

Under the proposed regulations, certain employees would be able to enter part-time employment with their agency. As a part-time employee they would be eligible to collect a small salary in addition to half of their retirement annuity, while still earning partial credit toward that annuity. Once they decide to enter full retirement, workers will be eligible to receive their full annuity.

Another key aspect of the program will be mentorship. Phased-retirement employees will be required to dedicate at least 20% of their time mentoring younger employees, ensuring that key institutional knowledge is passed on to the next generation of civil servants.

“Knowledge is a resource we cannot afford to waste,” said NFFE National President William R. Dougan. “This program will be vital in stemming the rapid brain drain we’re seeing in the federal government today, while giving workers the ability to transition gradually into retirement. It’s a win-win for workers and the taxpayer.”

The regulations, which you can read here, will be posted for public comment for 60 days after their release, after which final revisions will be made. 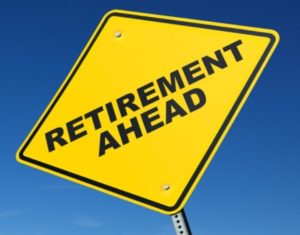