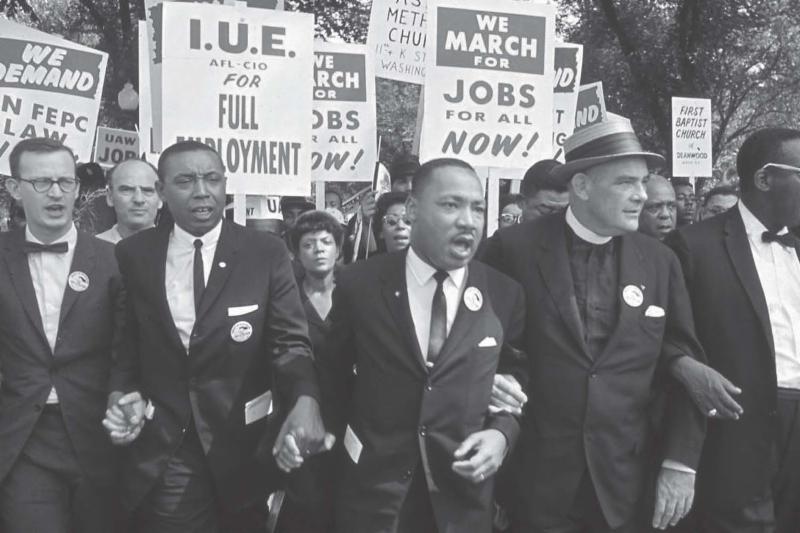 Martin Luther King Jr. Day is a day of remembrance of one of the greatest civil rights and racial equality advocates in the history of the United States. Dr. King’s legacy extends far beyond our shores, over the decades instilling motivation and hope in similar movements across the globe seeking to fight the tyranny of underserved and undervalued people.

Dr. King’s influence is still felt within the modern American Labor Movement. It is expressed in a passion for fighting for what is right and a willingness to take on oppressors regardless of their wealth, their power, and their abundant resources.

Federal unions stand on the front lines of this fight, patrolling and protecting the narrow line between an efficient government for the people and a broken government for the few. As this line continues to blur under the direction of those who seek to abscond with the rightful authority of the American people to self-rule, federal unions will increasingly come under attack because we represent a unique voice of both citizen and government administrator.

We will endure more attacks this year coming straight from the White House that go far beyond disagreements in public and opposition forces in Congress. They will attack our very right to exist by attempting to starve us to death under a thick blanket of perilous new bureaucracy aimed at ridding themselves of us. They can’t beat us head-on in any argument, so they are going after our right to assemble and organize, violating the Constitutional rights of every American. This is happening because we call them out on their attempts to corrupt and politically manipulate government and real democracy.

The NFFE-IAM family is strong and our voice is resolute, as are the voices of our labor partners who fight with us, sharing our burden. NFFE-IAM members are key to our success. The odds tip slightly in our favor with every new member we sign up. Our story is told again through every member that takes a leadership role in telling that story to the press and the Congress. We live another day to fight because we are stronger together, representing something greater than ourselves as individuals.

Rise up with me and your fellow union members this year as it promises to test of our faith and our convictions. Thank you for all that you do and for all you are willing to endure in the future.