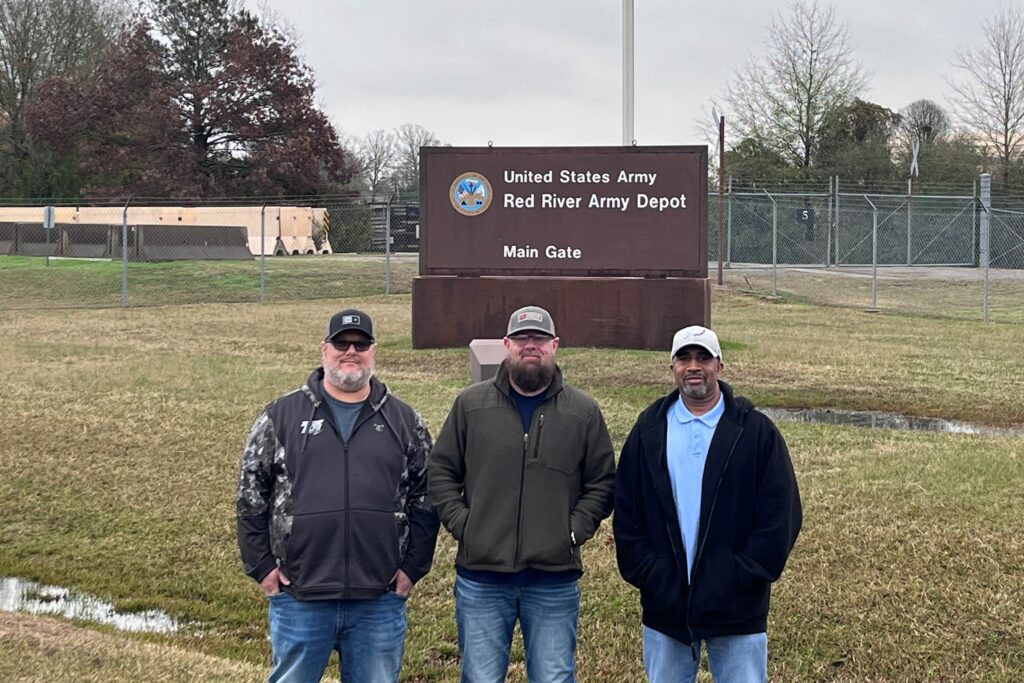 Members of National Federation of Federal Employees (NFFE) Local 2189 at the Red River Army Depot have received confirmation that the depot will be provided funding for a new workload in 2023, saving many good union jobs. This was the result of a coordinated legislative action campaign between Local 2189 leadership, NFFE headquarters staff, and business representative Jerry McCarty.

Over the past several years, Red River Army Depot lost roughly 1,500 term employees due to the lack of new work, and additional layoffs were looming for 2023. However, this summer local leadership took to Capitol Hill to speak with members of Congress about appropriations for a new workload in the coming year. Their efforts paid off in the form of $183 million worth of funding from the National Defense Authorization Act for the maintenance of Anti-Lock Braking Systems on the depot’s High Mobility Multipurpose Wheeled Vehicles, also know as Humvees.

Local 2189 President Chris Green had spent time in Washington fighting for his own job in recent years and was ready for another chance to support his colleagues after a report was circulating about new layoffs in 2023.

“Because of us going to Capitol Hill and lobbying for the work, and talking with Congressional people, the right people, that’s why that was called off,” said Green.

Secretary-Treasurer Randy Kirschstein also went to DC this summer to garner support for the depot.

“The fact that we were able to meet with bipartisan members, Republicans and Democrats, they all realized the value the Red River Army Depot has to the four-state area here,” said Kirschstein. “We have employees from Arkansas, Texas, Louisiana, and Oklahoma, and we tried to meet with representatives from each state. They were really sympathetic to our cause, they listened to us, and ultimately, they fought for us.”

“I am so proud of our leadership at Red River for this tremendous victory,” said NFFE National President Randy Erwin. “Because of your efforts, your colleagues can spend the holidays without having to worry about losing their jobs come next year. It is a great example of the power of solidarity and the strength this union has on Capitol Hill. When our members need something, their representatives in Congress listen, and follow through on their commitments. Thank you to Representative Fallon and Senators Boozman, Cornyn, and Shaheen for your continued support of federal employees.”